Really fly-through replay that I beat in two mammoth sitting. It's still brilliant

If theres ever been any doubt that Gary Oldman has the talent and the presence to carry projects single-handily, then Red Riding Hood is the film that puts an end to it.

Before he arrives, the film is mired in bad writing and bad performances that fails to seize the stunning artwork and presentation values Catherine Hardwickes revamped childrens classic realises. Being a straight male, Ive not seen or had any interest in her previous work on the Twilight saga, but she proves here she has an eye for the cosmetics. Theres sweeping fly-by shots of snow-covered mountains and purposefully unfocused snaps of falling flakes contrasting against powerful colours that effortlessly overpower the lacking cast.

Venetica: Opened up all of Venice, which is huge, and just sailed off to the African nation. Which is tiny. Really starting to dig the game as it pulls into the final stretch. It actually does levelling combat well; even though you're always upgrading your stats and picking up better arnour and weapons, the main reason you're able to beat tougher fights are because you have to get better at the game.

Then I found that wasn't true at all. I'd just forgotten to manually spend my upgrade points after each level up.

Alan Wake: I'm having to take a break from Wake before I become so sick of trees that I attack them in everyday life.

Venetica: Delving deeper in, I was stuck for a fair while because youre told to meet someone at midnight in a specific place, but this condition doesnt save on your quest log. Fine if you go and do so immediately; not so fine if you park the game for a couple of weeks and forget. I stumbled upon it by luck while hunting out rogue headquarters at night. Im probably around the half way mark as Im two of the obligatory band of evil bosses down. 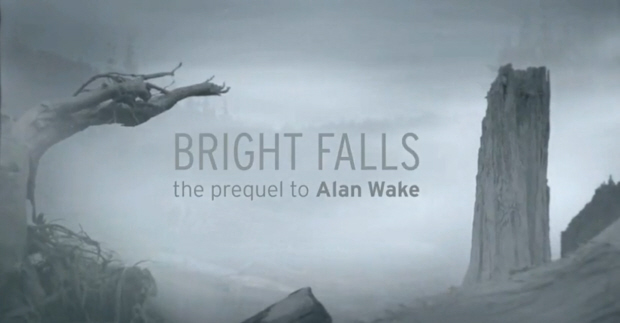 People seemed to miss this. So, for your viewing plesure, a youtube link that's not an awful metal music video.

Venetica: This game is best described as Gothic/Risen lite. It reminds me very heavily of PS2 action/adventure game Drakan: The Ancient Gates; buggy but brilliantly unique in how it works and the world it showcases. It works the same in how it has a PCRPG-like quest logs where you can undertake smaller missions for martial and exp. gain. Combat is clever, and theres always something to do. Proper honest Boss fights, too!

ACHIEVEMENT UNLOCKED: HALF A MILLION
February 27, 2011

Turns out, while I wasnt looking, I was being steadily more popular that you. Yes, you, random reader; because my view figures now total in the half million.

Next stop, presidency of the world.