Ages back now I was offered the chance to send a Q&A sheet to Bill Tiller. If you've never heard of him, he had a big hand in a lot of the classic Lucusarts stuff. He's been kicking around the industry for a while now, taking jobs in places like Midway before surging out on his own to make Vampyre Story. I bit at the chance, but Jason decided that most of my hard work was to die and wiped my site e-mail address so I had to pen it all again last minute.

I've never really thought of myself as an interview guy, so I had mad worries I would mess this up somehow. Bill turned out to be a really cool guy, though, and I'm stoked that I got my own sketch attached to the end of the interview. Check it out at the bottom of the page, it looks awesome.

Only a small one, but, still.

Both of the people keeping up with these blogs may nave noticed the reoccuring theme of my Oblivion addiction (some three years late) and will have seen my playthrough come to a crashing halt after I found myself locked out of a quest-vital object. This drove me to go away and play other games for a while, Like Ninja Gaiden II and Blue Dragon.

The former kicked my arse and the latter is so bland that I need to invent a new word to convey this blandness. This word is Blandonous. I also borrows GTA4, bu I've spent years scoffing at GTA games and it's hard to change this mindset, even if I've enjoyed the couple of hours I've put in.

Its a rare time of life right now when I dont have a million review codes to go through and I can just sit back and play the games I want to play. This, of course, means Oblivion, until I ran in to what could very well be a game-breaking bug.

I was merrily running through the Fighters Guild quests when you come to a level where you have to recover a holy artefact from some thieves. You find the only one of the thieves alive, and he confesses that ogres took the artefact. I hate ogres. They may be the only thing left in Oblivion that can kill me.

Because the non-geeky stuff would only bore you. I knows my audience.

My PC is held together with duct-tape and my new wi-fi modem is the most expensive piece of junk in the world.

I'm 25% back online. This may get better or worse in a heartbeat and I have no idea which way it will go.

Just a heads-up. I know you all missed me. 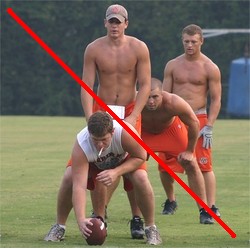 I'm going to put an end to all the holiday questions that almost everyone had flooded me with. Almost everyone because Veems is only capable of talking about herself, Boo seems to have saved a week's worth of maths nerdery to dump on me upon my return and all Jason has said thus far is "You're back? Get back to work!" and made whipping noises.

The holiday was not that great. It was a last minute thing that I decided to do because I was all kinds of burnt out. England was about to get hit with huge winds and whipping rain, so I figured why not?

Me and a friend decided to go to Mallorca and we did this based purely on what we were sold in the package. £50 bought us an all-inclusive deal which means an open bar and as much food as we can eat. When food is free, I eat a lot of it.