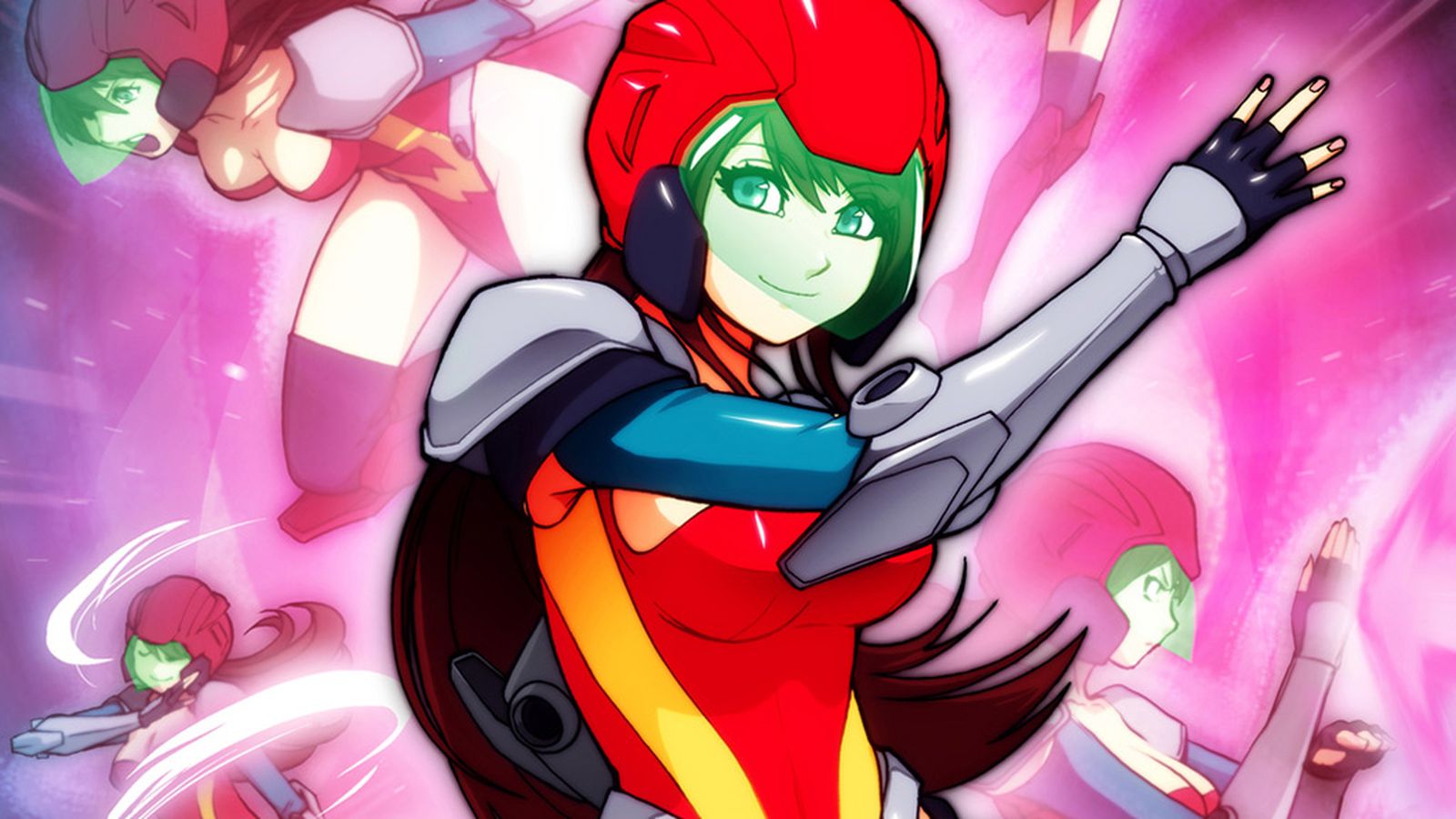 Not many would assume about a character named Wonder Momo unless they had played her game early in the 80s or had recently heard of her when the character resurfaced in various media and games in the mid 2010s. Wonder Momo is one of a handful characters that seemingly had been vanished into the shadows and memories of gamers back then and in my opinion, should be back in full force as with many others we all had known in our young days as game enthusiasts.

Ingrid is a character from a canceled game called Capcom Fighting All-Stars which later was added into Capcom Fighting Evolution, among with other Street Fighter related games later on. At first she seems to heavily resemble Athena from the King of Fighters series, downright to the statement that she is a goddess. Her moveset is also similar to that of Athena which includes energy-influenced moves. On the Street Fighter wikia it is stated that she knows and holds Ryu and Rose in high regard, to the point of following Ryu whenever she finds out something interesting might come out in the end. Her demeaor is that of being a playful character and at times aloof, accentuating her goddess status within the game mythos.

Trying out Lufia and the Fortress of Doom
November 07, 2018 I think I tried out the second Lufia game in the series and it resembled Zelda II on the NES being that enemies would move at the same time you did when you tried to advance in dungeons. I am not sure. But this time I had started a game on the first entry of the Taito JRPG series on the SNES and so far its pretty pleasant. A bit annoying in some instances but it is quite an adventure worth playing at least once. Happy Halloween everyone and be safe out there trick or treating :)

Over 119 games I collected over the years

A video I uploaded of the PS2 games collection I have. Conquered one of the finest RPGs that ever were on the Famicom, Final Fantasy 3 was a joy to play from start to finish, even though the final section was pretty much frustrating, all that grinding needed just to survive the Dark Cloud's attacks which would take a huge chunk of hit points with each turn. After a few well placed shuriken shots, two mages summoning Bahamut each, and Elixirs to keep them alive ong enough I was able to defeat her. The ending was also enjoyable, I noticed parallels with FFIV's ending, including the starry The End logo at the end which would go on forever until you turned the game off.

In short I am happy to complete another FF title. I am still trying to have V and VI done.

Planning to make October a spooktacular month in gaming

I've decided to start reviewing horror-themed videogames during this month till Halloween. I will mainly review games I had owned and had played before, but will also add others which I will try first and give them their respective review. I will sure try to fit as many as I can but will not try to make it seem as if I am spamming the site wit ha myriad of said reviews, just stating that the following entries during this month will be that of said games.