The comic you weren't asking for but one you deserve.

When StarFox hit the SNES system a comic by Nintendo was published in the pages of Nintendo Power. The comic would take a few liberties like including original characters like Fara Phoneix who has yet to ever appear in a game adaptation at all, and the relation between Fox and his crew of mercenary space animals who fight for the good of Lylat system. I have found a site where you may experience some of these comics albeit seeing them in a low resolution, but at least preserving a section of gaming history. Hope you enjoy them as much as I. 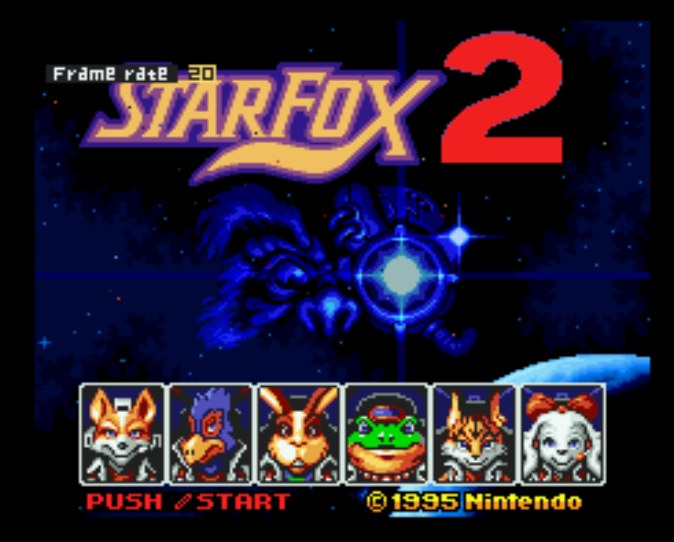 Gibberish in SNES gabble about not letting Fox do that.

Now that gamers can experience StarFox 2 as intended on that SNES mini, I am able to experience it myself in all its protoype glory, mainly on that ROM that was done and intended for the Super Famicom and subsequently on the SNES back in '95. Its pretty good! I can see all its gaming designs that were put in later titles such as the Arwing walker and the introduction of the bad blood StarWolf, who would appear pilot by pilot to annoy you between missions.

Unlike its predecessor you do not go from stage to stage, you actually select where to go and in instances, intercept enemies and enemy fire on the spacemap. The gibberish animals are back and I am so in love with them. 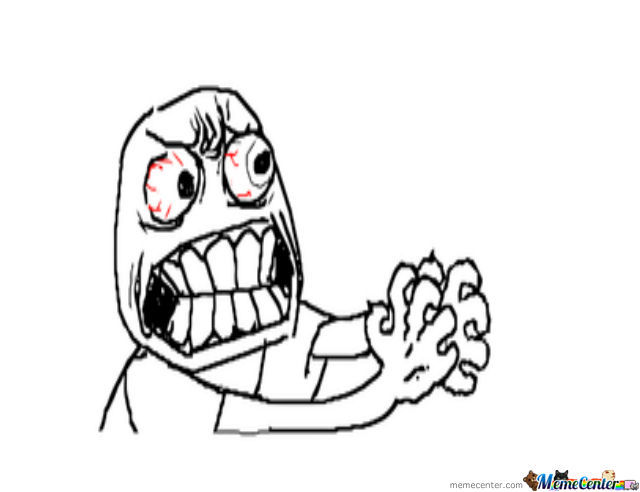 Its all downhill from here.

You know I haven't played one of those smash bros. games since its Gamecube iteration which I still believe to be one of the best in spite of all the ones that came after it. Not that I don't like the game, but I never really owned a Nintendo console since the SNES and I quite been on other games besides that over hyped toy match tourney everyone seems to obsess over. I am not saying its bad either, I am just saying to each their own.

Over the years that game series has been adding characters from many other franchises besides Nintendo, making it for more of a curiosity than anything else. That would be part of why I have stopped caring really. It seems too much for me to bother with it but still, no harm done. 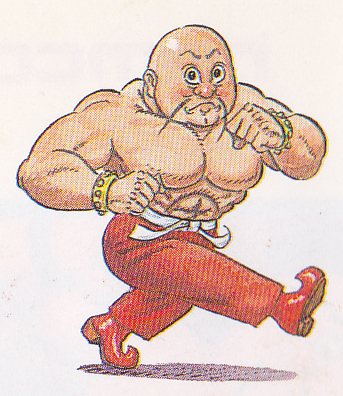 The story you never knew

You may had heard of Karnov from his NES game back in the day and the first time you ever seen him anywhere else. He would also appear on another NES title called Bad Dudes as an enemy boss this time, leaving you scratching your head as to how he just decided to turn sides from one game to the next or quite possibly being an impostor. Then he would be heard of once more in Karnov's Revenge, a fighting game on which he was not only the last character you would face off but also a bad guy as well. After his heroic adventure on NES you would ponder just why he would turn out to be a bad guy anywhere else. Surely something must have happen between one game and the other, having him change his mind on being on the righteous side of things. Well...
He never was a good guy to begin with. This is the Pikachu you've been looking for.

I remember watching that very first Pokemon movie in theaters. It left me with a sour taste in my mouth. What a turd. I never wanted to even watch the Anime itself much less one of the MILLIONS of movies that appeared thereof. I hated it. I really didn't cared for it. Years later we had this Detective Pikachu and when watching scenes and trailers of the new movie my expectations went even south a lot more than they were about the entire thing. Just look at some of these characters designed while blending it in with live action. My God, why nowadays everything has to be in the "real world" when it comes to old cartoons and videogame films? This sort of thought was along with that Sonic Movie which I shared my utmost bitterness when seeing its trailer months ago, while laughing at h

What decade is this again?

So today I am hearing about that man in the White House blaming videogames in part for the horrific shootings that this country has suffered recently. You know, instead of actually taking responsibility for his influence that he has on certain people that love to take his words for granted to commit such atrocious crimes.

Really, this is the most hilarious tidbit he has come out with. I feel like we are reliving the 90s with angry men in Congress urging the Government to do something about the likes of Mortal Kombat and others "poisoning" the minds of young gamers.

This man is not fooling anybody. I hope he grows a pair and begins doing something about these events instead of playing the blame game.

This is tiring me out.

I don't know about any of you here but I am tired of this. 239 shootouts this year alone and we still got months away from finishing said year. This covers almost an ENTIRE damn year that such horrible incidents keep happening and that orange asshole feels confident that tweeting about it to victims is more than enough for him to care about it. I am angry. I am VERY angry. I am also afraid. Two shootouts had happened here in Dallas alone, one of such this year NOT too long ago either, at downtown. I am now scared for my safety and that of my family and relatives, as well as friends who live in Texas. What's to stop any lunatic in getting me and those I love killed now that this is becoming commonplace? Why is this idiot who has STOLEN the Presidency not caring enough to do anythi