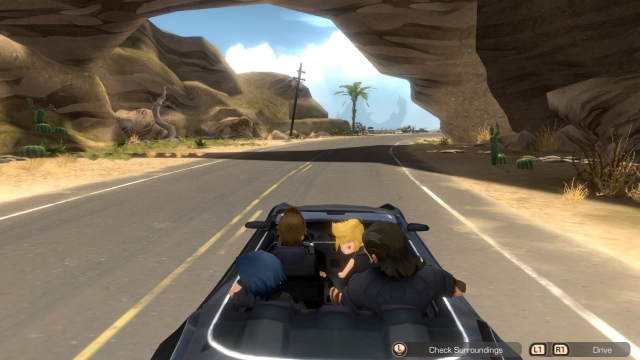 The announcement comes as part of the company's effort to help fans discover Final Fantasy.

Square Enix announced yesterday that it will significantly increase the availability of Final Fantasy titles on most current platforms in late 2018 and 2019. Additional titles were announced for Nintendo Switch, Xbox One, PC and even the PlayStation 4, where support for the franchise has already been substantial for some time.

Included as part of the announcement were eight titles that will appear on Nintendo Switch. Of that lot, five will also appear on Xbox One.

Square Enix also mentioned Final Fantasy XV: Pocket Edition HD, which actually released a few days ago. It seems this Final Fantasy announcement was supposed to make its entrance as part of today's Nintendo Direct event, which had been delayed a week due to the earthquake in Hokkaido, Japan.

If you enjoyed this Final Fantasy Crystal Chronicles: Remastered Edition article, you're encouraged to discuss it with the author and with other members of the site's community. If you don't already have an HonestGamers account, you can sign up for one in a snap. Thank you for reading!

© 1998-2021 HonestGamers
None of the material contained within this site may be reproduced in any conceivable fashion without permission from the author(s) of said material. This site is not sponsored or endorsed by Nintendo, Sega, Sony, Microsoft, or any other such party. Final Fantasy Crystal Chronicles: Remastered Edition is a registered trademark of its copyright holder. This site makes no claim to Final Fantasy Crystal Chronicles: Remastered Edition, its characters, screenshots, artwork, music, or any intellectual property contained within. Opinions expressed on this site do not necessarily represent the opinion of site staff or sponsors. Staff and freelance reviews are typically written based on time spent with a retail review copy or review key for the game that is provided by its publisher.