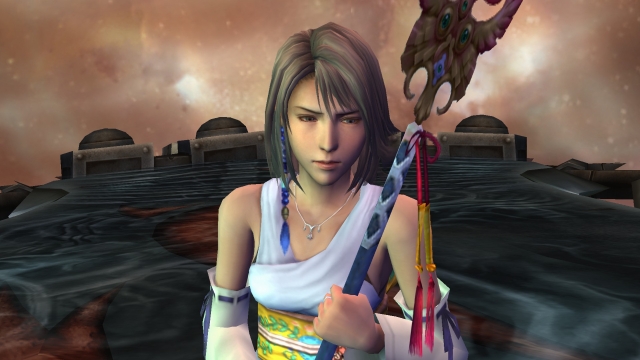 The slight support for Xbox One will expand significantly in 2019.

Square Enix yesterday afternoon revealed plans to release five additional Final Fantasy games on the Xbox One, significantly expanding its offerings on that platform. The announcement was part of a larger one Square Enix is hoping will allow consumers to "discover the legacy of Final Fantasy."

Included in the announcement were five of the eight games also announced for Nintendo Switch. Neither platform has traditionally received a lot of attention from Square Enix where Final Fantasy is concerned, so today's change of course is significant.

In addition to Final Fantasy XV: Pocket Edition HD, which has already been available for a few days, the announcement listed the following five titles:

It's unclear what prompted Square Enix to suddenly push for its games to appear on all platforms, aside from the obvious answer of "a desire for more money," and it's difficult not to wonder if the move is the response to a downturn in the company's overall fortunes. Whatever the cause, it seems like good news for western fans in particular.

If you enjoyed this Final Fantasy X / X-2 HD Remaster article, you're encouraged to discuss it with the author and with other members of the site's community. If you don't already have an HonestGamers account, you can sign up for one in a snap. Thank you for reading!

© 1998-2021 HonestGamers
None of the material contained within this site may be reproduced in any conceivable fashion without permission from the author(s) of said material. This site is not sponsored or endorsed by Nintendo, Sega, Sony, Microsoft, or any other such party. Final Fantasy X / X-2 HD Remaster is a registered trademark of its copyright holder. This site makes no claim to Final Fantasy X / X-2 HD Remaster, its characters, screenshots, artwork, music, or any intellectual property contained within. Opinions expressed on this site do not necessarily represent the opinion of site staff or sponsors. Staff and freelance reviews are typically written based on time spent with a retail review copy or review key for the game that is provided by its publisher.