After a year of episodes, we're finally here. The Game of Thrones finale. Let's get right to it!

This series (but not this particular review) contains spoilers for the Game of Thrones TV series. This review openly spoils previous episodes of the game, so take a look at the review for episode one, two, three, four, or five to get caught up. 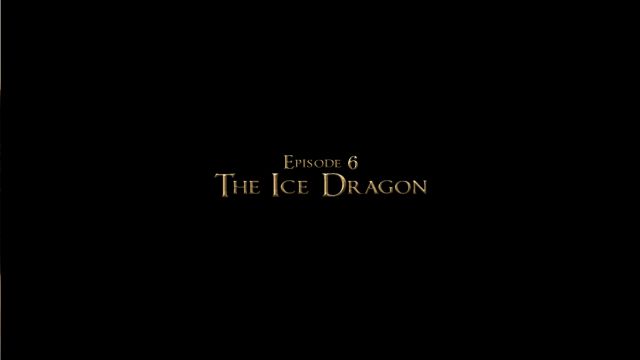 Don't ask me why it's called The Ice Dragon, I have no idea.

As soon as Asher returned to Westeros last episode, Asher and Rodrick's story threads merged and one of them was brutally slain in a Whitehill ambush. This leaves us with three stories to follow at once, instead of the usual four. This allows us to focus more on the three remaining characters, which turns out to actually be preferable. This game likely would have been better if one of the characters had been cut or killed off early. And that character is certainly Gared.

Gared and friends finally locate the North Grove in this episode. If you were wondering how a distant grove of trees was going to play into the immediate Forrester/Whitehill conflict, you may not be surprised to learn that it absolutely doesn't. He finds it, there are some people there, and some white walkers just to give him something to do for the rest of the game. At the end, you have to decide whether Gared and company should stay and protect the grove or leave to help defend house Forrester, except at this point (unknown to Gared) the battle is already over. His story is unresolved but also completely unimportant. Aside from the appearance of white walkers, nothing of value would have been lost if Gared had been killed off or just ignored after the first episode. 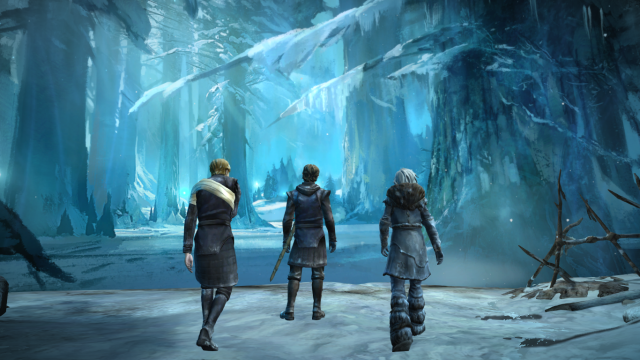 From what I've seen, Mira doesn't seem to be a very popular character. A lot of people don't seem to care about her at all, but I haven't felt that way. I've enjoyed helping Mira play politics in King's Landing, and in this episode, she's faced with the consequences of her actions up to this point. Things go wrong, and she's given multiple opportunities to throw others under the bus to protect herself. I'm sure some people are unsatisfied with the way things turn out for her, but I applaud it! Games like BioShock claim to be about choices. Do the wrong thing and have an easier time or do the right thing and suffer for it. Ultimately, many games can't stand to actually put you at a disadvantage. BioShock gives you huge rewards for not killing Little Sisters, but being good in Game of Thrones leaves you with your pride and nothing else. Karma won't save Mira. I thought Mira's ending, at least the one I saw, was the most satisfying of the three. It's also the only one that's an actual ending.

The core story belongs to Asher or Rodrick, depending on who survived. This story is likely why this episode took four months to come out. The outcome is largely the same for both, but the path to the end differs depending on who is walking it. Asher invites the Whitehills into his home to either poison or ambush Ludd. (Either way, a fight is coming.) Rodrick sneaks into their camp at night and is given the choice to either save Ryon or kill Ludd. All roads lead to a huge final battle for control of the Ironwood with a very Game of Thrones ending, in that it's depressing and not actually an ending at all. Much like the show and the books, it seems that Telltale's Game of Thrones will go on forever. Season 2 has already been revealed to be in the works. 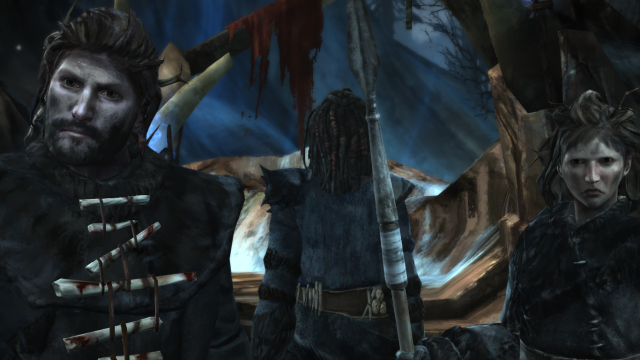 This is not a good ending. It leaves some plot threads dangling, not all of which are worthwhile. It's a setup for a second season, and I have to wonder just how far they plan to take things. Am I going to be playing Game of Thrones games every couple of years until I die? I'm not looking forward to that. It's strange. Since either Asher or Rodrick can die, you know the surviving character will be killed off in the first scene of the first episode of Season 2. Even though the survivor's story is the most interesting one and the one with the biggest cliffhanger, you know it's not going anywhere, so the lack of a definitive ending is just unsatisfying. Mira's story is done. This just leaves Gared and Gared's story is worthless. Season 2 will likely introduce many new characters if it uses a similar format, so it might still be good, but this cliffhanger is going nowhere. It's just kind of nothing.

So that puts a cap on the first season of Telltale's Game of Thrones. So final thoughts on the series as a whole? It was at least an episode too long. Gared's story should have ended the moment he returned to Ironrath. He could still have been sent to the Wall but we definitely didn't need to follow him there. On the other hand, the Forrester brothers were all interesting protagonists, as was Mira to a lesser extent. Ultimately, the parallels between House Forrester and House Stark are too obvious to ignore, and they make this game feel stale, especially since the TV series is basically required viewing before playing the game. Fans of the series should check it out, if they've gone a year without it, but, unlike most of Telltale's other recent output, it's entirely skippable for those who aren't fans of the source material. It doesn't stand on its own.
3/5

If you enjoyed this Game of Thrones: A Telltale Games Series - Episode 6: The Ice Dragon review, you're encouraged to discuss it with the author and with other members of the site's community. If you don't already have an HonestGamers account, you can sign up for one in a snap. Thank you for reading!