Episode 1 of Telltale's Game of Thrones game introduced us to House Forrester, explaining their predicament, and getting things ready for the remaining five episodes. Episode 2, however, seems content to move the pieces around without really progressing the plot very much. 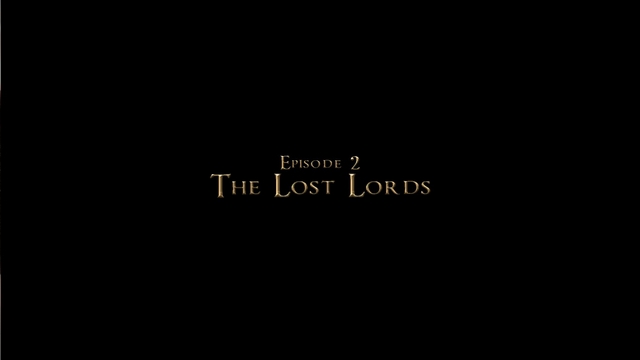 The episode begins with Asher, the one Forrester we didn't meet last time, living life as a sellsword in Essos. As is tradition for sellswords, he and his partner, Beskha, are in a bit of a dispute with the Lost Legion over a bounty. After a fairly entertaining QTE fight scene, Asher meets up with his uncle Malcolm, who fills him in on what has been happening in Ironrath. Rather than bring him straight home, however, Malcolm suggests they take this opportunity to recruit an army of mercenaries, which seems to be what Asher will be focusing on in Essos for the time being. This means we'll probably run into Daenerys Targaryen at some point, since most of the mercs already work for her. She doesn't appear in this episode, though.

Meanwhile, back at the ranch, the remaining Forresters continue to deal with the passing of the young lord Ethan and the occupation of Ironrath by Whitehill men. Things aren't looking good, but there are still things to be done, such as dealing with the Whitehill soldiers, seeking help from an old ally, and holding Ethan's funeral, which involves a beautiful, haunting song sung by Ethan's sister Talia. The lyrics of the song change depending on your actions in the first episode, which is pretty cool. 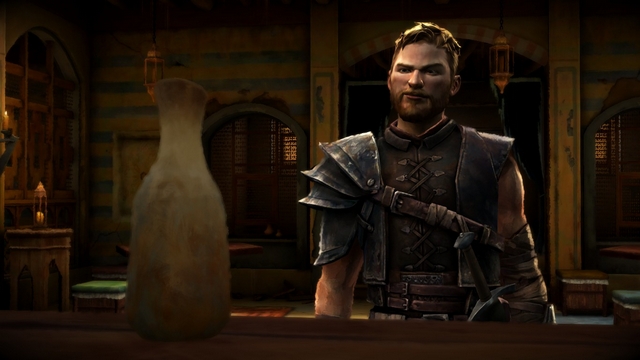 Gared arrives at Castle Black and the Night's Watch at the Wall, and immediately encounters two characters that seem to exist simply so you'll have to choose between them. One of them, Cotter, is a loser, and the other, Finn, is a bully. Cotter, being an idiot, starts trouble with Finn, and you are forced to pick a side. It's not a simple choice since Cotter is in the wrong but Finn will probably murder him and that's too much. Too bad you won't care. Honestly, so far, neither of these characters add anything of value to the story. Of course, Jon Snow (voiced by his TV actor, Kit Harington) is also present, along with his creepy big lips and lack of knowledge. Most of the Night's Watch consists of rapists, thieves, murderers, and other dregs of society who are sent to the Wall to keep them away from civilized people until they die. This isn't the case for Jon or Gared, so they share an instant connection.

As for Mira, she starts this episode by writing wedding invitations on Margaerys' behalf. Since Margaerys' letters bear Mira's handwriting, and Mira has access to Margaerys' seal, it wouldn't be difficult to forge a letter that would help the Forresters recruit a useful ally. That would be betraying Margaerys' trust, however, and do you really want to do that? The big final choice of the game belongs to Mira, where she can either save a life and get herself deeper into trouble, or run away and let certain conflicts resolve themselves. 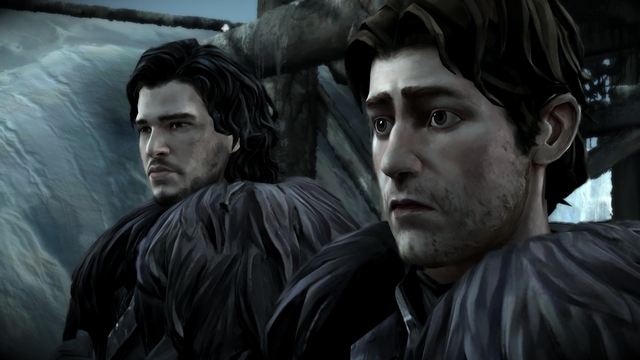 Unfortunately, going by the stats provided after completing the episode, it seems that the choices were too easy this time around. Most of them had a clear enough right choice that 80% or more of players agreed on them. Combine this with the general lack of progress made in the story, and Episode 2 doesn't quite live up to the standard set by Episode 1. It's not a bad story, and the occasional episode of buildup is to be expected in any series, but the few times it steps out and tries something important, it's not enough to cause anyone to pause and give their actions much thought. Still, it managed to hold my interest, and the funeral scene was quite powerful. I guess we'll see how wise we all were when Episode 3 hits.
3.5/5

If you enjoyed this Game of Thrones: A Telltale Games Series - Episode 2: The Lost Lords review, you're encouraged to discuss it with the author and with other members of the site's community. If you don't already have an HonestGamers account, you can sign up for one in a snap. Thank you for reading!