Shiravune announces plans to localize and release Doukyuusei Remake in 2021 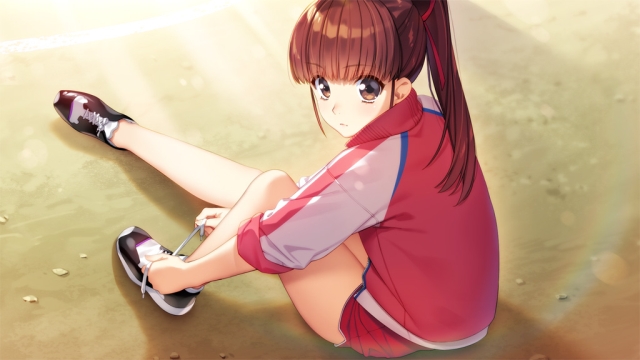 Shiravune today announced plans to localize Doukyuusei Remake, the remake of the 1992 dating sim classic. Releasing today in Japan, the game will tentatively release in North America and other regions as Doukyuusei: Classmates at some point later this year.

According to a press release issued to mark the occasion, Doukyuusei has delighted fans for decades. The remake was handled by Fanza Games, which took pains to get it right. Portraits and CGs have been redrawn by artist Kohaku Sumeragi, and various UI elements got a much needed resolution boost.

In the remake, there are two separate modes of play: Easy and Classic. Easy, which is the default, allows you to see where the heroines at any time, without having to consult notes or whatever ancient FAQ you might be able to find online. Classic mode, meanwhile, cuts out the various quality of life improvements so you can party like it's 1992. There also are CG and scene gallery modes, as well as quick saves, no matter how you choose to play. Because who would want a dating sim without that?

"Doukyuusei was a formative game for me, and it's still my favorite game of this kind today," said Yasuaki Matsuda, who directed and produced Doukyuusei Remake. "I am very honored to have been able to work on it in this way, and I hope that this version will be enjoyed by new and existing fans both in Japan and around the world."

After all this buildup, you must wonder what complex and emotionally satisfying experiences you can hope to enjoy when you boot Doukyuusei: Classmates on your computer later this year. Rather than rewrite, I'll just include the blurb straight from the publisher:

"Our hero has spent the first half of his summer engaging in meaningful, productive labor. Now he's flush with cash. Time to go pick up chicks! Hit on some outrageous babes, get to know 'em, and come together on a deeper level. Summer's back. Back again!"

Publisher Shiravune is a Tokyo-based company looking to bring Japanese games to a wider audience in English and Chinese, and Doukyuusei: Classmates sounds like it should fit right in with that effort. Previous titles from the publisher include Master Magistrate, Iwaihime, the Utawarerumono series (which we liked a lot), and more. Are you excited to get your date on with Doukyuusei?

If you enjoyed this Doukyuusei: Classmates article, you're encouraged to discuss it with the author and with other members of the site's community. If you don't already have an HonestGamers account, you can sign up for one in a snap. Thank you for reading!

© 1998-2021 HonestGamers
None of the material contained within this site may be reproduced in any conceivable fashion without permission from the author(s) of said material. This site is not sponsored or endorsed by Nintendo, Sega, Sony, Microsoft, or any other such party. Doukyuusei: Classmates is a registered trademark of its copyright holder. This site makes no claim to Doukyuusei: Classmates, its characters, screenshots, artwork, music, or any intellectual property contained within. Opinions expressed on this site do not necessarily represent the opinion of site staff or sponsors. Staff and freelance reviews are typically written based on time spent with a retail review copy or review key for the game that is provided by its publisher.