Utawarerumono: Mask of Deception is thirty-to-forty hours of nothing but plodding plot progression thats designed entirely to world build for the last game of the series, Mask of Truth. Its a visual novel dressed up as a strategy role-playing game and it seems absolutely obsessed with ticking off as many tropes as it possibly can. It has a protagonist suffering from amnesia who needs the scary new world he cant remember gently explained to him by a remarkably understanding partner with the convenience being that its also then being explained to the player. Its also a harem collect-em-up, featuring all the cute girl personalities youve seen before! The adorable timid girl who stutters slightly when trying to speak to her obvious crush; the sweetly-smiling sociopath; the thief hiding unbearably noble ideals and the strong female companion.

Theres hours and hours of reading between the oft overly-easy skirmishes to be had. Theres also a very noticeable bloated middle section to the tale where little of note actually happens and the entire thing turns into a slice-of-life still-framed anime. Here, the cast gets drunk a lot and dedicates ridiculous amounts of words towards describing all the things they consume. Its a lot to digest and, frankly, the only chance Utawarerumono has of getting past so many hurdles is if it has a bloody amazing tale to tell. 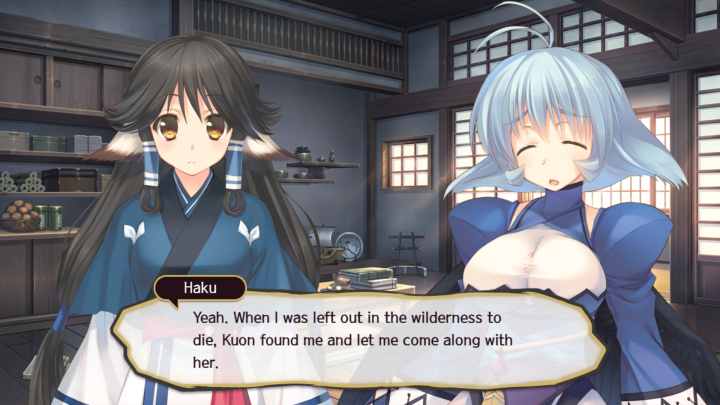 Utawarerumono: Mask of Deception has a bloody amazing tale to tell.

Its primarily the tale of Haku, the aforementioned amnesiac, who awakes in an unfamiliar tent under the stewardship of Kuon. Feeling some kind of responsibility towards her new ward, she sets out to ensure hes able to make a life for himself without her, despite having an absolute blank slate for a past. Except, its never really that easy; Hakus not especially interested in finding a job and doesnt grab on to any of the threads of purpose that Kuon often tries to provide him. He has no established trade; that vanished along with the rest of his memories, and he isnt especially skilled in anything obvious. Then giant bugs attack. Then the pair fall in with a group of travelling guardsmen to repel them and befriend a travelling princess riding an adorable oversized bird. Subterranean slime monsters become a thing, bandits need saving from banditier bandits and theres a near obligatory miscommunication involving public baths. Eventually, the group arrives at the massive capital of Yamato. Its here all the heavy drinking starts.

The plot proper certainly starts to slow down once the group hits the capital. Battles become a lot less frequent and big stand-alone events become less common. Instead, Mask of Deception, very gently, starts making your care about its cast of seemingly random miscreants. It does so by making you a creepy voyeur while they simply get on with the mundane activities of their lives. Haku, it turns out, will never be content with being the typical amnesia-suffering protagonist, supplied as an undisguised self-insert for the player. That kind of nonsense takes far too much effort. Instead, hes content to coast as much as he can, easily manipulated with promises of free booze and days off. 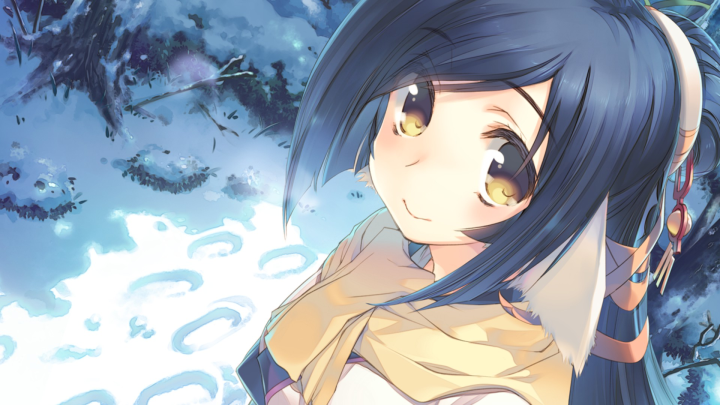 Working within the roving guards inside the capitol, hes given a base of operations and a slowly growing collection of people to work with. Kuon, for her part, tags along under the guise of a motherly caretaker, hoarding all Hakus earnings and providing a small allowance so he doesnt blow it all on a grand night out. But she makes choices that belie that role, constantly accomplishing her requirements for sticking around, but then reinventing them so she doesnt have to leave the group.

Its little personal evolutions like that which make Utawarerumonos hard focus on character building so engaging. Its rarely ham-fisted, always dropping little titbits of information you might initially decipher as completely throw away, only to present themselves in deeper shades of relevance later. It hides things in plain sight, rewarding the reader by letting them work things out for themselves. For example, the game never once tells you how Kuon and Haku met; he just woke up in her tent one day and that was that. But I know. And I know simply because of a series of heavy silences or guilty glances or loaded one-word replies through several tense situations. Its brilliant writing thats confident in both its own execution and the readers intelligence to put everything together without it being presented in crayon. It painstakingly builds everyone this idyllic little existence they carve for themselves, shows how they each grow within each others company, within responsibilities both earned and restricted. But its never destined to last forever. You know that. Perhaps more importantly, they know that, too. 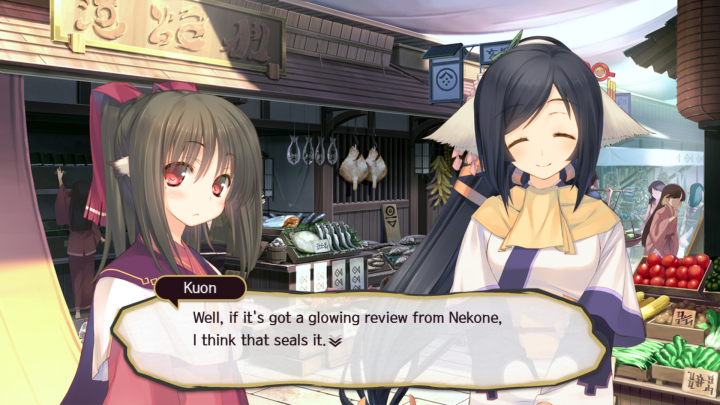 At some point soon, Im going to have to talk about Mask of Truth. It, very effectively, goes out of its way to knock all the dominoes down. But it only works so well because of how meticulously Mask of Deception has set them all up.

If you enjoyed this Utawarerumono: Mask of Deception review, you're encouraged to discuss it with the author and with other members of the site's community. If you don't already have an HonestGamers account, you can sign up for one in a snap. Thank you for reading!

© 1998-2021 HonestGamers
None of the material contained within this site may be reproduced in any conceivable fashion without permission from the author(s) of said material. This site is not sponsored or endorsed by Nintendo, Sega, Sony, Microsoft, or any other such party. Utawarerumono: Mask of Deception is a registered trademark of its copyright holder. This site makes no claim to Utawarerumono: Mask of Deception, its characters, screenshots, artwork, music, or any intellectual property contained within. Opinions expressed on this site do not necessarily represent the opinion of site staff or sponsors. Staff and freelance reviews are typically written based on time spent with a retail review copy or review key for the game that is provided by its publisher.