Trials of Mana headed to Switch, PS4 and Steam in 2020 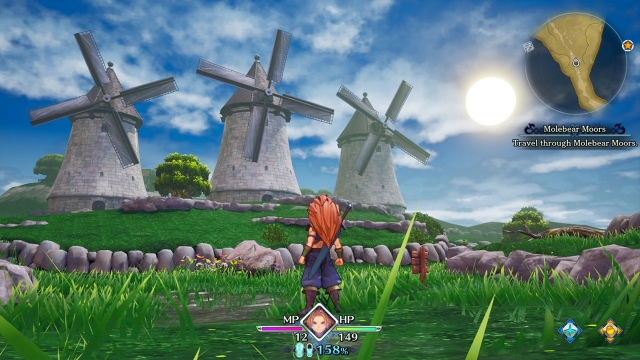 Seiken Densetsu III is coming to current consoles and PC with a lot of new bells and whistles.

After years of remaining exclusive to Japan, Seiken Densetsu III is finally spreading its wings. The game is headed west in 2020, where it will appear as Trials of Mana.

Currently in development for Nintendo Switch, PlayStation 4 and Steam, Trials of Mana is a proper remake of the Mana game some consider the very best installment in the series. Thanks to emulation and fan translations, a number of dedicated gamers have already experienced what many promise is a truly expansive adventure.

On the newer platforms, the game is receiving the sort of careful attention that was previously lavished on the recent Secret of Mana remake. Environments and character models are much more detailed, and the world looks more on par with a contemporary experience.

Not everyone will welcome the update, but that's okay because those individuals can play a localized version of the original game as part of the Collection of Mana compilation, which arrived on the Nintendo eShop earlier today.

Seiken Densetsu III has a lot of hype behind it, and it seems unlikely that any remake can live up to that. Even so, modern gamers will at last get the chance to see what they have been missing. Have you played the original game, and are you excited about the chance to experience it in revised form next year?

If you enjoyed this Trials of Mana article, you're encouraged to discuss it with the author and with other members of the site's community. If you don't already have an HonestGamers account, you can sign up for one in a snap. Thank you for reading!

© 1998 - 2023 HonestGamers
None of the material contained within this site may be reproduced in any conceivable fashion without permission from the author(s) of said material. This site is not sponsored or endorsed by Nintendo, Sega, Sony, Microsoft, or any other such party. Trials of Mana is a registered trademark of its copyright holder. This site makes no claim to Trials of Mana, its characters, screenshots, artwork, music, or any intellectual property contained within. Opinions expressed on this site do not necessarily represent the opinion of site staff or sponsors. Staff and freelance reviews are typically written based on time spent with a retail review copy or review key for the game that is provided by its publisher.