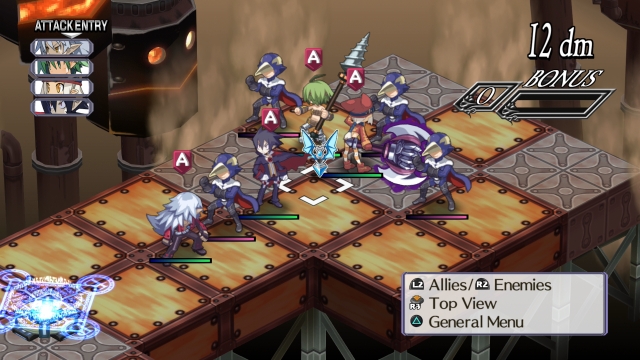 The includes oodles of content to keep your SRPG needs satisfied for a ludicrously long time.

NIS America today revealed its next Disgaea project, which is a compilation of Disgaea 4 and the various DLC content that was released in support of that original release. Additional changes have also been made, in service of providing what the publisher hopes will be the "ultimate" Disgaea experience.

Today's announcement and even its accompanying trailer were light on specific details, but Disgaea 4 itself is a well-known quantity at this point. It originally released on PlayStation 3 in 2011, and I wrote a favorable review at that time.

According to the press release, this latest take on Disgaea 4 "collects all additional characters, scenario, and DLC ever released for the title while adding in brand new functionalities."

If you're all-in on the release, perhaps because you've already started collecting the "complete" Disgaea games and now you're afraid to stop, or maybe for some other reason entirely, NIS America will be happy to take more money from you than just the $49.99 USD the standard edition costs. A "Promise of Sardines" edition is available for preorder through the site, which includes a hardcover artbook, soundtrack CD and more.

Nippon Ichi Software has recently been having difficulty making ends meet in Japan, and it's unclear how that hardship might affect future releases in the series, but at least for now it looks like the prinnies are still hard at work to bring the Netherworld to any consumers who are still interested. Is anyone suddenly in the mood for sardines?

If you enjoyed this Disgaea 4 Complete+ article, you're encouraged to discuss it with the author and with other members of the site's community. If you don't already have an HonestGamers account, you can sign up for one in a snap. Thank you for reading!

© 1998 - 2022 HonestGamers
None of the material contained within this site may be reproduced in any conceivable fashion without permission from the author(s) of said material. This site is not sponsored or endorsed by Nintendo, Sega, Sony, Microsoft, or any other such party. Disgaea 4 Complete+ is a registered trademark of its copyright holder. This site makes no claim to Disgaea 4 Complete+, its characters, screenshots, artwork, music, or any intellectual property contained within. Opinions expressed on this site do not necessarily represent the opinion of site staff or sponsors. Staff and freelance reviews are typically written based on time spent with a retail review copy or review key for the game that is provided by its publisher.