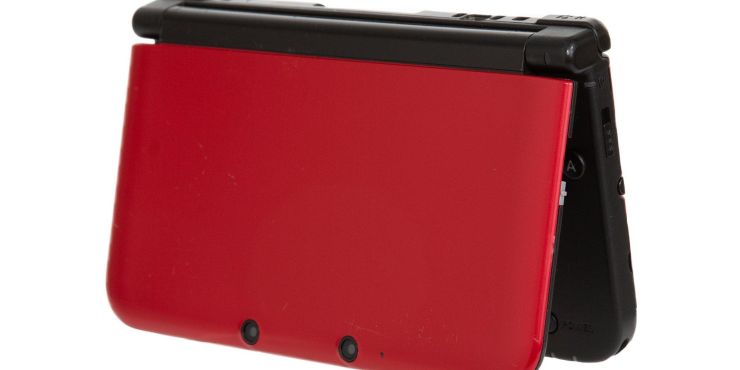 Over the years, I have made very clear my passion for Nintendo games. The NES didnt introduce me to the medium, but it came close. Mario Bros. was the first game to truly capture my imagination and make me the gamer I am today, before I had even heard of Nintendo. My obsession with the media has expanded to include games on all sorts of consoles, from Sega and Microsoft and Sony, but I always pay slightly closer attention to the big N. Which is why it always bugs me when I find myself at a virtual precipice, looking over a kingdoms worth of games that are about to disappear from the marketplace in one huge event.

Ive stood at that precipice previously, when Nintendo announced it would remove its shop that let people buy certain DS and all Wii digital titles. I survived by purchasing almost everything. Not quite all of it, but enough that I could sleep at night. Now we are at that precipice again, and there are just too many games to even come close to buying them all. I already own more of them than most people ever will, and it would probably cost me most of another $5K to get everything. Thats not going to happen, and Im not taking it well. But fortunately, theres still time to make a decent plan of attack and collect the games I most want but still lack. This post is an analysis of available options, in case you find yourself thinking you might like to pick up a few of those games while you still can, before your only option is piracy.

First up, you need to know what will be disappearing. Right now, it looks like well all lose the option to purchase 3DS and Wii U games. This includes any DSi software that (remarkably) has been available up to this point, and it includes Virtual Console games for both 3DS and Wii U, which made it possible to buy games that originally appeared on a variety of popular consoles including the NES, SNES, N64, Game Boy Advance, DS, and more. There are hundreds of great old games that go for a mint in the used games market, including numerous JRPG classics that people wish were still available to buy, even digitally. Well, guess what? They are. But not for much longer

When is it disappearing?

The eShop will cease to make 3DS and Wii U games available after March 27, 2023. Nintendo semi-recently removed game listings from its North American site, so you cant browse 3DS and Wii U games through that interface. You can still find them by navigating the shop on the desired system and searching by title.

However, your deadline to make any purchases may end sooner, depending on your financial options. Nintendo has stopped accepting payment by credit card through the actual systems. To make a purchase, you need to redeem a prepaid eShop card by August 29, just over a week from today. Those funds will remain valid until March, but you cant have more than around $200 in funds tied to your account at once. So, its not like you could just add thousands of dollars in funds to slowly make your choices. Not that anyone (other than me) would even consider that approach, anyway.

A final option to add to your balance is to add currency through your Nintendo network account, which still is happy to let people make Switch game purchases. You can tie your 3DS or Wii U to that account and use its funds, theoretically through March 27. Just sign into your account on the Nintendo site and manage your account to find options that make that possible. Its the best way to produce a stay of execution so you can buy the games you want before theyre pulled.

Are there any other issues I should know about?

Unfortunately, there are. The big one Ive encountered is that Nintendo long ago implemented limits on how many games a person can install on a 3DS or Wii U. The maximum number of titles you can install is 300 (a far cry from the 2000 apparently allowed at once on the Nintendo Switch).

On the 3DS, from what I can tell, the best way around this limit is to have multiple 3DS systems, each tied to a different Nintendo account. I have a New Nintendo 3DS tied to one account, and a New Nintendo 3DS XL tied to another account, which means I can theoretically handle a total of 600 games.

Unfortunately (again I use that word), the regular Nintendo 3DS hardware is only designed to read SD and microSD (with use of adaptor) cards up to 32GB. If you plan to acquire digital versions of popular retail releases, thats going to eat up a lot of space in a hurry. You can fit a larger card in the New Nintendo 3DS XL and format it to Fat 32, which has worked for me, but the older units dont make that as easy. Im not 100% sure its possible at all.

So, what games should I prioritize?

You know best what games you like, of course, and how much you feel comfortable spending between now and the various deadlines. Im sure many folks will decide theyve already spent everything they plan to on the 3DS and Wii U libraries. With that said, here are a few areas I would be looking myself, if I were starting relatively fresh:

Wii U has a robust Virtual Console, which includes SNES hits such as Super Mario RPG: Legend of the Seven Stars, EarthBound, Uncharted Waters: New Horizons, Demons Crest, Breath of Fire, and Breath of Fire 2. Standouts on the NES include the Ninja Gaiden games, Ufouria: The Saga, Donkey Kong Jr. Math, and Gargoyles Quest II. There also are around 30 TurboGrafx-16 titles still offered, along with many games for DS and Game Boy Advance. Some of these include games you cant acquire affordably on cartridge, because their value has soared in recent years.

The Wii U had a relatively small library of original classics, beyond what Nintendo published itself, and most of the best (or most interesting) titles have made the trip to Switch, where you can buy them either physically or digitally with little effort if you have the money. The price for a lot of Wii U games on disc is going up steadily, last I checked, so you might want to see if some of the more expensive ones are available digitally. But youre probably not going to miss a whole lot if you prioritize the 3DS.

The 3DS, meanwhile, had one of Nintendos best software libraries to date. I found it especially worthwhile for its JRPGs published by Atlus, which has never before or since thrown so much support toward Nintendo fans. There are the Etrian Odyssey games, along with numerous Shin Megami Tensei titles. These are available digitally for much less than their physical counterparts, in general. Looking past Atlus, there are some great games published digitally by Level-5 in its guild series, including Liberation Maiden and Attack of the Friday Monsters. If you like puzzle games, there are a bunch of sudoku-adjacent titles from Nikoli/Hamster, along with picross titles and various indie gems from other publishers. If you would like to see which digital 3DS titles I prioritized when doing my own shopping, check here.

A final consideration is DLC, which mostly impacts 3DS titles. Nintendo made DLC available for games such as Fantasy Life, New Super Mario Bros. 2, the Fire Emblem games, and even StreetPass. Atlus has some content for its Shin Megami Tensei stuff, as well. Theres more available than some folks might realize, and you access it by loading up those games and checking their store menus.

In conclusion, this sucks. It would be wonderful if these games never went away, if we could buy them on new iterations of Nintendo hardware. But that doesnt seem likely to ever happen. Furthermore, games you buy go up in smoke if the hardware stops working, since Nintendo keeps track of such things by unique hardware unit, rather than by Nintendo account (even though it does seem to maintain records of what youve purchased).

Some people say theyre just going to pirate everything they want. Me, I feel better if I support the developers through the end of this period. I figure if I buy everything that interests me and then it goes away later, I can at least emulate it and not feel guilty about it. But we all have our own personal thoughts on all of that. I just thought Id share here what Im noticing as I prepare to say goodbye to a huge swath of Nintendo history.