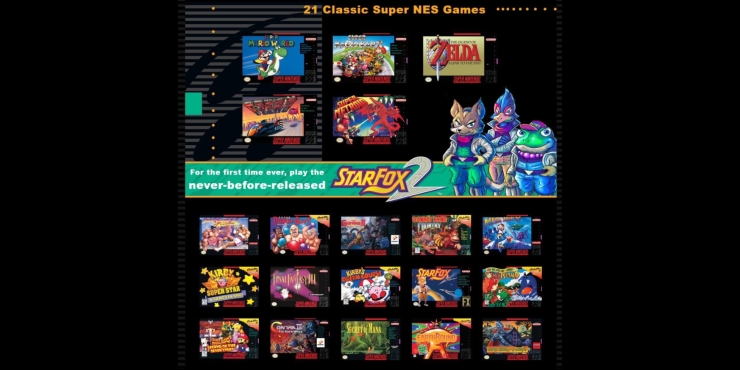 To play Star Fox 2, you'll first have to unlock it by completing the first stage of the original Star Fox, which is an odd requirement but not necessarily unfair. Why bother with the sequel, after all, if you haven't at least played and enjoyed some of the first installment?

You can get the full scoop straight from Nintendo on the hardware's official site, complete with spiffy pictures that I haven't included here.

Personally, I'm excited about the Super Nintendo Classic Edition, because of Star Fox 2 and for the sake of convenience. I have more reasons to pick it up than I did the NES Classic Edition, even though that previous hardware had more games that appealed to my nostalgic nature. I do wish ActRaiser and The Legend of the Mystical Ninja could have been included, and I saw someone else mentioning Chrono Trigger, but even so... this is a great lineup of games that should be perfect for families around the holidays.

Now let's just hope Nintendo actually produces enough of these to avoid the ridiculous shortages we saw for the NES Classic. I expect the demand this second time around to be even higher, and Nintendo executives would have to be just plain stupid not to expect the same...