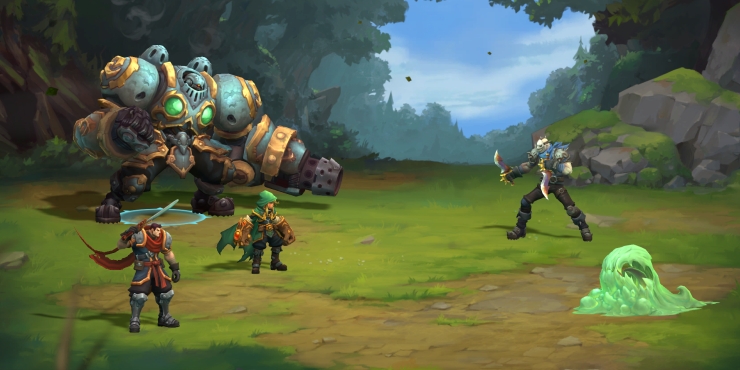 Naturally, I started looking around to see if I could pre-order the Switch version of the game, which retails for $30 on PlayStation 4, Xbox One and PC. But alas, there was no listing on Amazon. I admit it: I grew suspicious that a physical release might not be planned for my favorite new platform. So I asked the PR person about it yesterday, and today I got my response:

I've got confirmation that it will be releasing on Switch in physical form.

That's just the response I was hoping for. Now I can get my digital copy of the game on PlayStation 4 that I paid for when I first pledged as a backer, and I can pay extra money to secure a physical edition on Switch. Then if the game somehow winds up sucking, I have the privilege of looking twice as stupid.

I don't think it will suck, though. Just take a look at this enticing description from the original campaign page:

The game's development is being handled by ex-Vigil staff (they created the Darksiders games), and the visuals definitely have a sweet vibe going for them. If you ask me, this is still one to watch, and now it's very close to finally releasing. Are you interested in Battle Chasers: Nightwar?