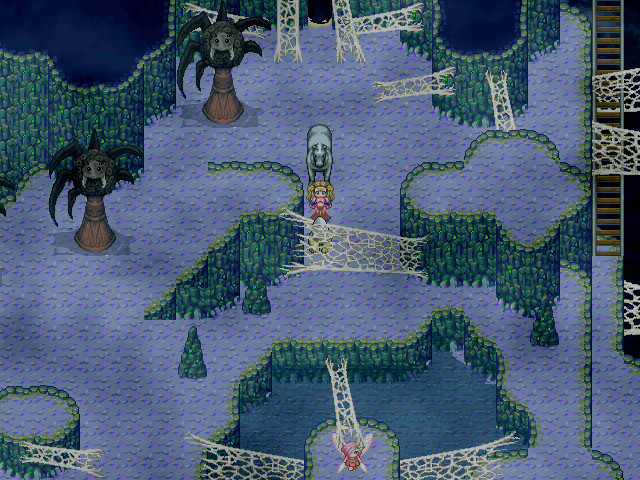 You play as a teenager who's been summoned to the titular land to deal with an unknown villain and his contraption, the Pandora Box, which is unleashing plagues upon the land. You team up with dwarf, another human who's obviously going to be the game's poorly-implemented love interest, and a baby unicorn. As with 3 Stars, the protagonist is kind of a douche. However, I give this game points because the character's douchiness likely comes from his emotional immaturity, considering he's still a moody adolescent. I think the game at least gets that right: if we were to walk in the shoes of an RPG hero, we wouldn't be the spunky sword prodigy with a noble code of honor seen in so many Japanese games. We'd probably be the awkward, diffident, angsty child who serves as this game's focus.

My main criticism with this game is its balancing. Enemies are generally weak, and it doesn't take much leveling up before you can walk all over them. Even Luby the unicorn, whom you recruit at level 1 when everyone else is 25, becomes a seasoned monster slayer before long. For the most part, I don't even form elaborate plans when fighting. I just "auto-battle" and call it a day. The only real challenge comes from taking on optional bosses, who only seem to exist for the post-game run. 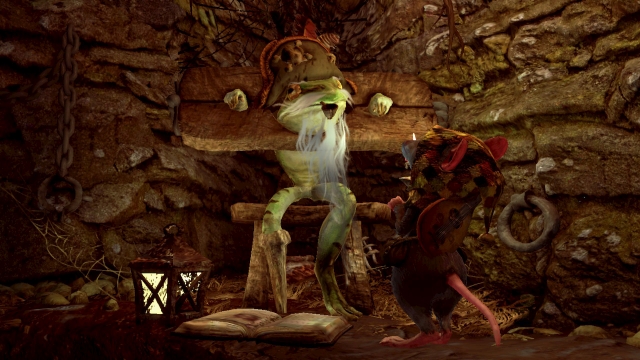 Ghost of a Tale
This one is a blend of stealth and RPG, with very minimal combat. In fact, the only battle mechanics the game sports is the ability to knock guards out by throwing bottles at them. You get no knives, guns, swords, or anything lethal.

After all, you're just a mouse amongst large rats. You aren't a killer of anything except the numerous tiny bugs found around the vicinity.

Honestly, I'm still finding my bearings. Figuring out what you're supposed to do and how is like pulling teeth because the game rarely gives you any hints or suggestions. For instance, I knew after leaving my cell that I needed to secure a jail key of some kind. After some sneaking, I found a key on the hip of a sleeping guard, but didn't know what I had to hit him in the face with a bottle to get it off him. Right now, I'm stuck in a situation where I can't find any other keys, I have two guards stalking the grounds, and tons of locked doors.

Rating so far: still too early to tell 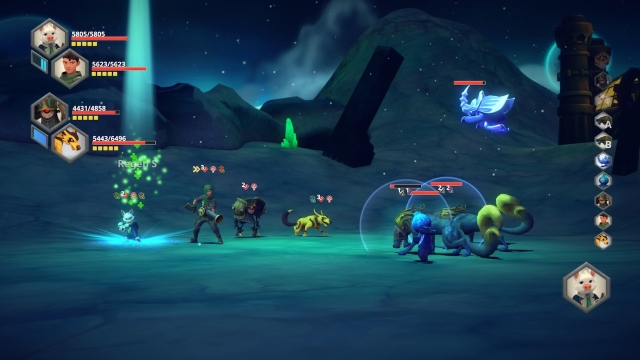 Earthlock
Everything old is new again. Indie developers bring back aesthetics from years past, revisiting titles as ancient as Pong or as "recent" as PS2. The latter selection is where Earthlock falls, stirring memories of titles from the early to mid-2000s (except with a cleaner presentation). I've read that the game's initial releases were incredibly unstable, with glitches and crashes that put a lot of people off finishing the title. I can understand that because this game doesn't include autosaves. Instead, it features the old school "you actually have to visit a save point to save" method. And if the game crashes between save points, you're screwed. Kiss your glorious progress goodbye.

This one features your standard turn-based combat system, but with the added element of "stances." Basically, each character can take a different stance when fighting that allows them to function as a different class or sub-class. Amon, for instance, can work either as a knife-wielding, pilfering thief. Under a different stance, though, he becomes more of a ranged gunner that can more easily take out flying foes (you've got to mind your finite ammo supply, though).

It's not a bad title so far, but I think a lot of its quality will rest on its campaign balancing and storyline. I'm not really all that engaged in the characters just yet, though Amon's arc shows some promise.

Rating so far: too early and I don't want to jinx it/5 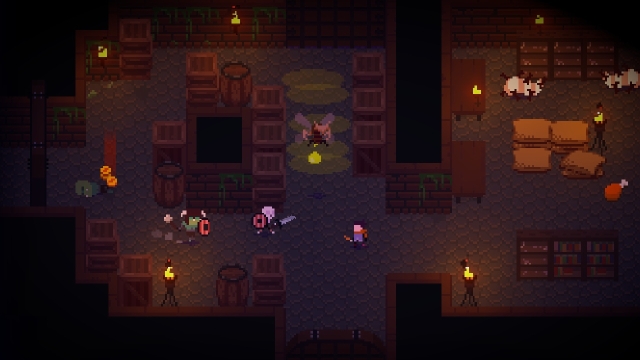 Mana Spark
Twin-stick roguelite with perma-death and decent unlockables? Sure, why not?

In other words, you control a bow-wielding character with particular, precise mechanics and a small helping of Souls elements to supplement the experience (faux-Estus flask, for instance).

I'm not really delving deeply into this one. I liked what little I've played, but my main complaint is that it feels like any other action-roguelike from the last decade or so. There isn't much to separate it from others, both mechanically and visually. I could either end up playing this one to completion or just giving up entirely because it isn't exactly captivating. 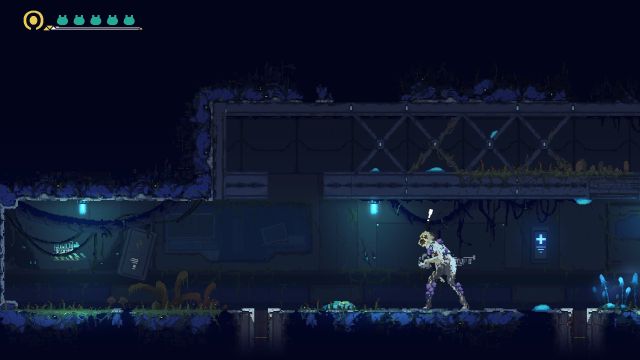 MO:Astray
This is the game Gish should have been. You play a tiny, sentient blob moseying around a ruined research facility. You can fly through the air and stick to walls and ceilings, or even take over the bodies of enemies by latching onto their heads (a la headcrabs from Half-Life). This one so far forgoes the malicious design the aforementioned Edmund McMillen title bore, instead going with something that's a little more user-friendly, but nonetheless tricky and engaging.