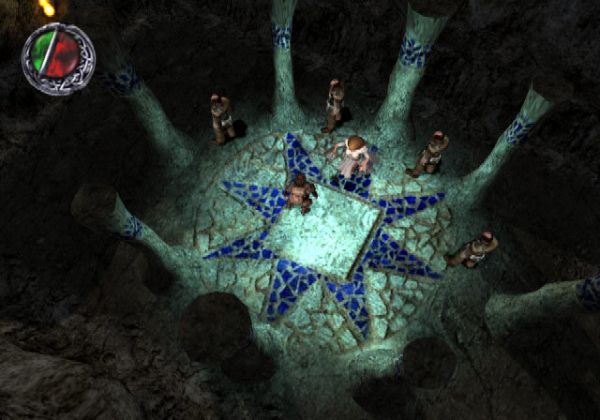 There was one scene where the game did make me laugh out loud, during the final boss encounter. (Obviously, SPOILER from here). If you expose the princess as the actual villain, she'll change into her true demonic form, which is kind of goat-like. The Bard says something like, "Is it bad that I still think she's hot?" I mean, I wasn't doubled over laughing, but I actually ha-ha'ed instead of snicked or huh'ed.