BURIAL GROUND: NIGHTS OF TERROR (1981)
A group of people travel to the mansion of an archaeologist after receiving his invitation, only to discover that the old man has gone missing and that flesh-eating, skeletal zombies are creeping out of a nearby catacomb.

A pretty nasty, campy grindhouse flick with plenty of pig guts, grainy photography, and creepy man-childness. It has some pretty awful English voice acting (I wasn't lucky enough to watch the dubbed version), but the pacing is wonderful and the scares are great. I loved how intelligent the zombies were. During one scene, they impale a maid's hand to the outside of the house when she attempts to shut the window, then they all work together to raise a scythe and slowly lower it over her neck. Only in Italy...

ALLIGATOR (1980)
A little girl's father flushes her pet alligator. The creature ends up in the city's sewer system, where it feeds on deceased lab animals injected with a growth hormone. Considering that all of this transpires in the '80s, we can assume that NOTHING GOOD CAN COME OF THIS SITUATION. The 'gator grows to immense proportions and begins noshing on the locals, until a detective and his herpetologist love interest attempt to stop the thing.

It's a fun, silly film with plenty of camp and decent creature effects, not to mention a likable cast of characters. There's even a scene where the 'gator bursts up through the sidewalk for no apparent reason. There really isn't much more you could want in an '80s eco-horror flick. 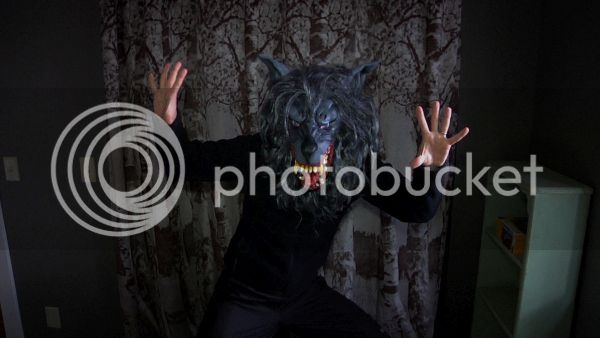 CREEP (2014)
Responding to a Craigslist ad, a cameraman films a dying cancer patient and father-to-be. He slowly learns that everything his employer says is a lie, and that he is potentially dangerous.

A pretty good found-footage movie that isn't about ghosts. Mark Duplass does a terrific job of seeming like a very sad but deranged individual, which adds to the film's creepiness.

THE PACK (1977)
A biologist dwelling on a tourist island with his family fight off a pack of feral dogs, formed by pets left on the island by rich vacationers.

There's a bit of commentary there and some really good tension built by the film's lighting and use of ambient sound, but what scary potential the movie exudes is lost by its willingness to play it safe. Characters perish in expected manner and there are few segments that didn't feel like they weren't lifted from any number of post-Jaws eco-horror films. Though this movie still strikes a nostalgic chord with me, it's not something I would recommend over more effective killer animal movies.