Not enough to warrant a new submission, but still

I've decided to update my Assassin's Creed review, as when I submitted the first time however many months ago, I didn't feel like it contained enough information. That being said, reviewing lately has been difficult as I just haven't had the motivation to do it. Still, I decided it'd be a good idea to revamp this review given that I still intend to review ACII (a much superior offering), and felt that a review of that game would be more useful if my review of the first game had, you know, more detail.

I'm hoping it's better than the original; if nothing else, it at least should explain a little more about the game. 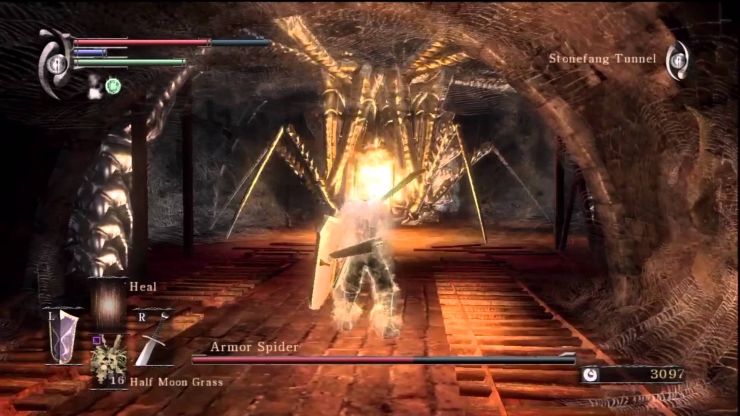 Nearly twenty hours of play time with very little to show for it.

I've finally decided to tackle one of the hardest games ever created.
June 28, 2015

I've played four hours of Demon's Souls so far and finally beat the first boss. Which, I suppose once I figured out what I was doing and quit making stupid mistakes throughout the level, wasn't too bad. But now I'm afraid for the real challenge, since I've long heard of this game's legendary difficulty.

Is this thing on?

Sort of testing the "new" blog features. Also been having some anomalies with my account so want to make sure it still works even though it says I'm logged in. This is interesting...

I've been so hellaciously busy with schoolwork and life things that I just haven't been able to contribute anything here lately. I've more or less delegated myself to a lurker, as, in spite of the circumstances, I think I really still want to be part of this community. That being said, things should be winding down soon, though how much will depend on how busy I get with other things.

I originally posted this several years ago when I first became active here, and after EmP started the Alpha Marathon thing. There are so many games here I don't really have a hope of reviewing them all, but I like to update the list as I go on (and often add new items...), just to see my progress. I'm primarily re-posting it again because I don't feel like having to go back to my old post and doing it there, plus I want to use this to sort of motivate myself to write more.

These are all games I want to review / have reviewed either for kicks or because someone recommended it. Recommendations are always welcome.

Everyone moved to Realm of Gaming. Or elsewhere. Even Jason seems to have given up on it!

Of course, Jason could also just be receiving money for his contributions at RoG, but I didn't think RoG is in any more of a position to pay its staff than Jason is. But, well, I could be wrong about this. I just found it interesting.

You can also find Louis Bedigan there as as well. And probably a few others. True's a main player on that site, and Espiga contributes now and then.

I told myself that in 2010, I wanted to write at least ten reviews, which would have been a lot better (for me) than the seven I'd barely managed to eek out the previous year. I succeeded, writing twelve, and also managed a few other personal achievements as well. Three reviews counted for staff, and I actually managed to do considerably better than usual in a couple tourneys. Overall, not a bad year.

The summaries that follow are probably a bit too self-reflective for my tastes, but oh well.