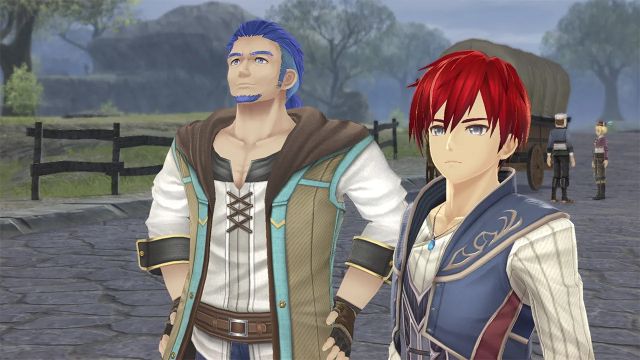 It already released for PlayStation 4 this February, but ports take time.

Starting today, Ys IX: Monstrum Nox is available to enjoy on Nintendo Switch and PC, courtesy of publisher NIS America. You'll find it on both the Steam and GOG stores, should you care to look, plus it is available for Stadia.

Developed as usual by Nihon Falcom, Ys IX: Monstrum Nox is the ninth proper installment in a series we last enjoyed in the form of Ys VIII: Lacrimosa of DANA. The franchise itself dates back to 1987, when Ys: Ancient Ys Vanished arrived on a whole host of platforms and established the series as one of the industry's favorite alternatives to The Legend of Zelda.

As Ys IX: Monstrum Nox opens, Adol and his traveling companion Dogi arrive at the annexed city of Balduq, where Adol is greeted with abrupt imprisonment. Behind bars, he meets a mysterious woman named Aprilis who imbues him with supernatural Gifts and the power to exorcise monsters.

As a freshly minted Monstrum, Adol and others of his kind must deal with monsters arriving from the shadowy dimension of Grimwald Nox. There's also the matter of an associated curse, plus Adol would kind of like to figure out what has caused the unrest within Balduq and maybe even leave a free man.

The PlayStation 4 version of the game released this February and currently enjoys an average score of 80/100 on Metacritic, which is a bit lower than its predecessor's 85/100 but still very respectable. If PlayStation 4 wasn't the right platform for you, now you have a couple of new options and fewer excuses to overlook a fresh adventure in one of the industry's favorite fantasy worlds.

If you enjoyed this Ys IX: Monstrum Nox article, you're encouraged to discuss it with the author and with other members of the site's community. If you don't already have an HonestGamers account, you can sign up for one in a snap. Thank you for reading!

© 1998 - 2022 HonestGamers
None of the material contained within this site may be reproduced in any conceivable fashion without permission from the author(s) of said material. This site is not sponsored or endorsed by Nintendo, Sega, Sony, Microsoft, or any other such party. Ys IX: Monstrum Nox is a registered trademark of its copyright holder. This site makes no claim to Ys IX: Monstrum Nox, its characters, screenshots, artwork, music, or any intellectual property contained within. Opinions expressed on this site do not necessarily represent the opinion of site staff or sponsors. Staff and freelance reviews are typically written based on time spent with a retail review copy or review key for the game that is provided by its publisher.