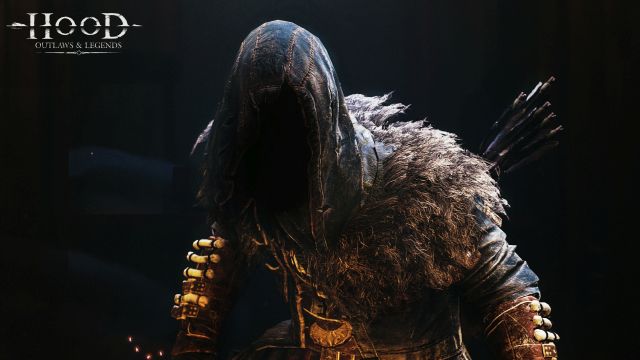 The PvPvE heist game is finally here to relieve your cumbersome wallet of its weight.

The tale of Robin Hood is a timeless one made freshly relevant virtually every time there's a new election and a fresh crop of politicians, which explains why it has been revisited so many times over the years. Plus, men with bows and arrows and deadly aim are just inherently interesting, even without the intrigue.

Hood: Outlaws & Legends is the most recent product to try to capitalize on the legend, and this time it envisions the merry men of the forest as ruthless squads intent on raiding the castle and robbing the place with nothing to mark their passing but empty treasure chests, smears of blood and corpses. Two teams of four will go up against each other: one team with defense on the mind and the other with plunder and conquest.

Developed by Sumo Digital, elsewhere known for its mascot racers and generally high-quality work, Hood certainly looks interesting to someone like me who just can't seem to get enough of the Robin Hood story.

"Two teams of four players compete to execute the perfect heist in medieval forts patrolled by deadly AI guards," states a press release from publisher Focus Home Interactive. "Each hero brings unique abilities to the balance of your team, helping you move in stealth unseen, control the battlefield at long range, or dominate your foes in close-quarters combat."

Hood: Outlaws & Legends is available now on PC, PlayStation 5, Xbox Series X, PlayStation 4 and Xbox One. A "Year 1 Edition" is also offered, which includes three Battle Passes due for release at some point in the future.

If you enjoyed this Hood: Outlaws & Legends article, you're encouraged to discuss it with the author and with other members of the site's community. If you don't already have an HonestGamers account, you can sign up for one in a snap. Thank you for reading!

© 1998-2021 HonestGamers
None of the material contained within this site may be reproduced in any conceivable fashion without permission from the author(s) of said material. This site is not sponsored or endorsed by Nintendo, Sega, Sony, Microsoft, or any other such party. Hood: Outlaws & Legends is a registered trademark of its copyright holder. This site makes no claim to Hood: Outlaws & Legends, its characters, screenshots, artwork, music, or any intellectual property contained within. Opinions expressed on this site do not necessarily represent the opinion of site staff or sponsors. Staff and freelance reviews are typically written based on time spent with a retail review copy or review key for the game that is provided by its publisher.