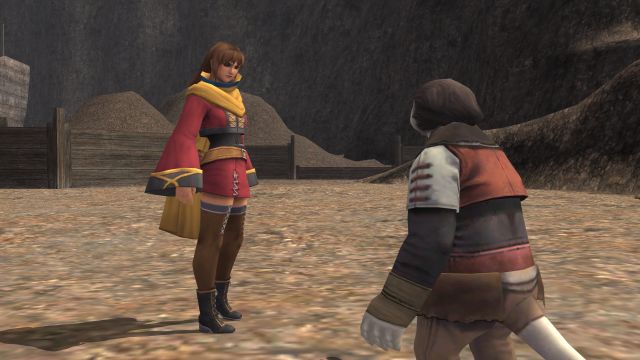 Events will take place as part of the May version update to one of the genre's elder successes.

You may not have known it, but Final Fantasy XI has been kicking around for quite some time. Square Enix is planning to celebrate the MMOs surprising longevity, with updates that include a new story and characters as part of the "The Voracious Resurgence" storyline.

A May update to the game includes a bunch of stuff that makes next to no sense to me, someone who has not played the game for myself. Here is a rundown of the added content, shamelessly cribbed from a press release:

Final Fantasy XI originally released in Japan on November 7, 2002 and headed west most of a year later. It has received numerous proper expansions, as recently as Final Fantasy XI: Seekers of Adoulin in 2013, and apparently continues to enjoy a sufficiently avid following to justify continued support and events. Do you suppose we'll witness another celebration next year, when 20 years of fantasy fun role around?

If you enjoyed this Final Fantasy XI article, you're encouraged to discuss it with the author and with other members of the site's community. If you don't already have an HonestGamers account, you can sign up for one in a snap. Thank you for reading!

© 1998-2021 HonestGamers
None of the material contained within this site may be reproduced in any conceivable fashion without permission from the author(s) of said material. This site is not sponsored or endorsed by Nintendo, Sega, Sony, Microsoft, or any other such party. Final Fantasy XI is a registered trademark of its copyright holder. This site makes no claim to Final Fantasy XI, its characters, screenshots, artwork, music, or any intellectual property contained within. Opinions expressed on this site do not necessarily represent the opinion of site staff or sponsors. Staff and freelance reviews are typically written based on time spent with a retail review copy or review key for the game that is provided by its publisher.