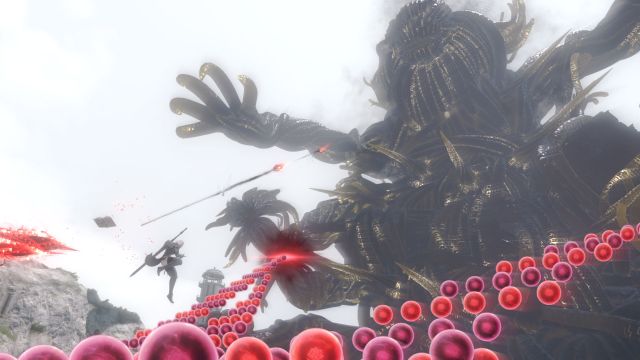 That ellipses gets you a lot.

Square Enix has announced extra content that will come as part of the package when NieR Replicant ver.1.22474487139... arrives on PlayStation 4, Xbox One and PC this Friday. That content comes on top of preorder bonuses previously revealed.

According to a press release, NieR Replicant ver.1.22474487139... added content includes additional story content, extra dungeons and costumes and a playable soundtrack. Naturally, the game also updates the visuals of the PS3 original, which by now is getting a bit long in the tooth.

The extra content, as outlined by the press release, is as follows:

Square Enix further announced that players will be able to download a free "4 YoRHa" costume pack to swap their character's costumes and weapons so they appear as designs from NieR:Automata.

Though the game arrives soon, there's still time to pre-order it and enjoy a mini-soundtrack featuring three tracks from the White Snow Edition soundtrack: "Hills of Radiant Wind," "Song of the Ancients" and "Kaine." While all versions of the game include a digital copy of that soundtrack as a bonus to early buyers, additional bonuses vary by platform:

If you enjoyed this NieR Replicant ver.1.22474487139... article, you're encouraged to discuss it with the author and with other members of the site's community. If you don't already have an HonestGamers account, you can sign up for one in a snap. Thank you for reading!

© 1998-2021 HonestGamers
None of the material contained within this site may be reproduced in any conceivable fashion without permission from the author(s) of said material. This site is not sponsored or endorsed by Nintendo, Sega, Sony, Microsoft, or any other such party. NieR Replicant ver.1.22474487139... is a registered trademark of its copyright holder. This site makes no claim to NieR Replicant ver.1.22474487139..., its characters, screenshots, artwork, music, or any intellectual property contained within. Opinions expressed on this site do not necessarily represent the opinion of site staff or sponsors. Staff and freelance reviews are typically written based on time spent with a retail review copy or review key for the game that is provided by its publisher.