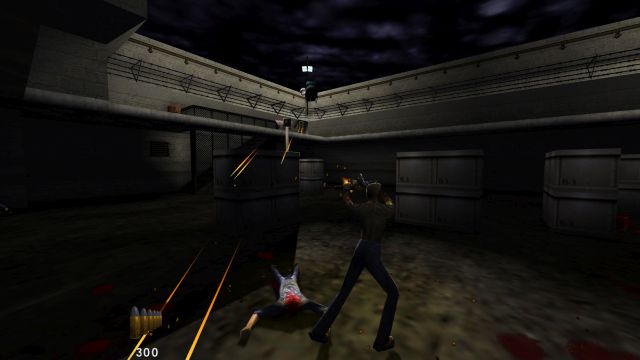 An old Acclaim game is back with a sharper look, just in time for your retro needs.

Nightdive Studios, a team that seems to have made a business out of bringing old shooters to new hardware, has revived the old action/adventure game, Shadowman. Known officially as Shadow Man: Remastered, the new release is available right now for PC and will arrive on Nintendo Switch, Xbox and PlayStation consoles later this year.

Shadow Man: Remastered is a touched up take on the PC, PlayStation, Nintendo 64 and Dreamcast original, first developed by Acclaim Studios and released ahead of this current millennium. It has become something of a cult classic in the ensuing years, though it was by no means a critical darling (check out a reader review from bloomer to see an example of the sort of things people were saying back in the day).

Today's press release promises the remaster "takes the cult-classic and brings it howling into 2021 with modern trappings like 4K widescreen and HDR support, anti-aliasing, and a host of other stunning improvements."

Shadow Man on PC was actually published as recently as 2014, also by Nightdive Studios, but this newer iteration has been updated using the proprietary KEX engine also employed for enhanced versions of System Shock, Turok, Turok 2, Blood: Fresh Supply and Forsaken.

"Shadow Man is the perfect franchise for the remaster team at Nightdive Studios," said Stephen Kick, who as the company's CEO is certainly in a position to know. "It has a dark, unique setting and is a cult-classic with a significant fan base."

Shadow Man: Remastered comes with a free copy of the first Shadowman comic produced in 2018, and also will offer a preview of the upcoming first issue in a new run of Shadowman comics. That newer comic will be available from Valiant Entertainment starting April 28, 2021.

Are you one of the individuals who loved the original version of Shadow Man? Are you excited to play it today on PC, or later this year on one of the current consoles?

If you enjoyed this Shadow Man: Remastered article, you're encouraged to discuss it with the author and with other members of the site's community. If you don't already have an HonestGamers account, you can sign up for one in a snap. Thank you for reading!

© 1998-2021 HonestGamers
None of the material contained within this site may be reproduced in any conceivable fashion without permission from the author(s) of said material. This site is not sponsored or endorsed by Nintendo, Sega, Sony, Microsoft, or any other such party. Shadow Man: Remastered is a registered trademark of its copyright holder. This site makes no claim to Shadow Man: Remastered, its characters, screenshots, artwork, music, or any intellectual property contained within. Opinions expressed on this site do not necessarily represent the opinion of site staff or sponsors. Staff and freelance reviews are typically written based on time spent with a retail review copy or review key for the game that is provided by its publisher.