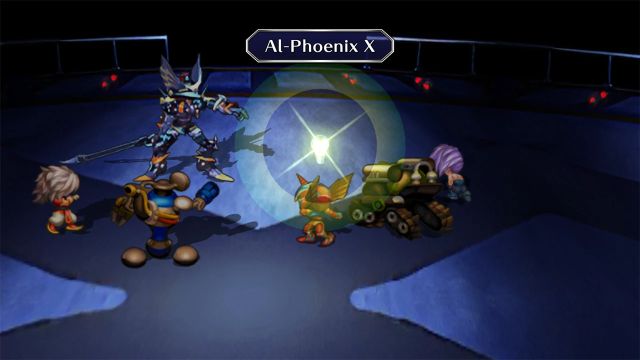 The classic JRPG is back and looking better than ever.

If you missed out on SaGa Frontier when it released on the original PlayStation, you may be pleased to learn you finally have the opportunity to make up for that oversight while enjoying the game in a prettier, more complete iteration on Nintendo Switch, PlayStation 4, Steam, iOS and Android devices. The game is available now on the various digital storefronts, just waiting for your money and attention.

"I am incredibly excited and proud to give new life to SaGa Frontier and to bring new additional features, Fuse's character, and more to the remastered version--something the team and I wanted to do for the original but were unable to do at the time," noted Kawazu. "As someone who worked as part of the original development team, I cannot wait for Western players and a new generation of SaGa fans to immerse themselves in the world and story, and experience the latest release from the SaGa series!"

Today's press release points out that SaGa Frontier Remastered is part of the "ongoing" SaGa franchise, which on recent hardware includes Romancing SaGa 2, Romancing SaGa 3, Saga Scarlet Grace: Ambitions and Romancing SaGa Re;univerSe. A number of key titles haven't yet been brought to current consoles, including Romancing SaGa, Unlimited SaGa, and SaGa Frontier 2, but there is still time if Square Enix has the interest.

SaGa Frontier was originally released in Japan in July of 1997 and made its way west in March of 1998. On the newer platforms, SaGa Frontier Remastered carries an MSRP of $24.99 or equivalent. Of course, you could always just pick up a brand new copy of the original online for around $200. Decisions, decisions!

If you enjoyed this SaGa Frontier Remastered article, you're encouraged to discuss it with the author and with other members of the site's community. If you don't already have an HonestGamers account, you can sign up for one in a snap. Thank you for reading!

© 1998-2021 HonestGamers
None of the material contained within this site may be reproduced in any conceivable fashion without permission from the author(s) of said material. This site is not sponsored or endorsed by Nintendo, Sega, Sony, Microsoft, or any other such party. SaGa Frontier Remastered is a registered trademark of its copyright holder. This site makes no claim to SaGa Frontier Remastered, its characters, screenshots, artwork, music, or any intellectual property contained within. Opinions expressed on this site do not necessarily represent the opinion of site staff or sponsors. Staff and freelance reviews are typically written based on time spent with a retail review copy or review key for the game that is provided by its publisher.