NEO: The World Ends with You arrives later this year on select platforms 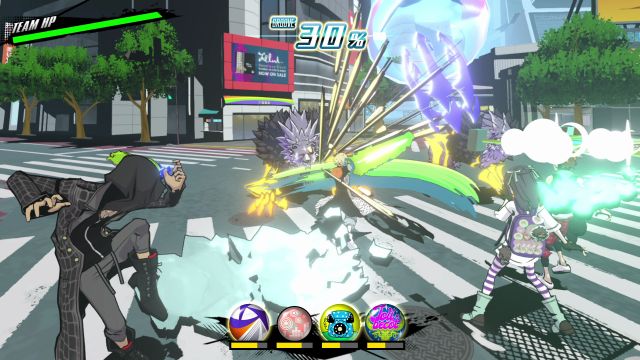 You'll be able to explore Tokyo on Switch, PS4 and PC.

Square Enix is bringing NEO: The World Ends With You to Nintendo Switch, PlayStation 4 and PC, the company announced earlier today. The console versions are due on July 27, 2021, while the PC version arrives on the Epic Games Store "this summer."

In NEO: The World Ends with You, which is a follow-up to The World Ends with You of Nintendo DS fame (a remake also hit various devices much more recently), players control Rindo as he explores Tokyo in search of the truth behind the "Reapers' Game." That pleasant little diversion is a life-or-death battle for survival, and Rindo has been forced to participate.

"NEO: The WOrld Ends with You combines a striking, anime-style Shibuya with fast-paced gameplay, an amped-up soundtrack from composer Takeharu Ishimoto, and an intriguing story to create an unforgettable experience," promises a press release.

If you would like to pre-order the game, Square Enix totally has your back; you can place a pre-order for physical and digital versions of the game on PS4, and the physical Switch version is also available. And if you would like a little more information before making that decision, make sure to check out the official The World Ends with You web site.

If you enjoyed this NEO: The World Ends with You article, you're encouraged to discuss it with the author and with other members of the site's community. If you don't already have an HonestGamers account, you can sign up for one in a snap. Thank you for reading!

© 1998-2021 HonestGamers
None of the material contained within this site may be reproduced in any conceivable fashion without permission from the author(s) of said material. This site is not sponsored or endorsed by Nintendo, Sega, Sony, Microsoft, or any other such party. NEO: The World Ends with You is a registered trademark of its copyright holder. This site makes no claim to NEO: The World Ends with You, its characters, screenshots, artwork, music, or any intellectual property contained within. Opinions expressed on this site do not necessarily represent the opinion of site staff or sponsors. Staff and freelance reviews are typically written based on time spent with a retail review copy or review key for the game that is provided by its publisher.