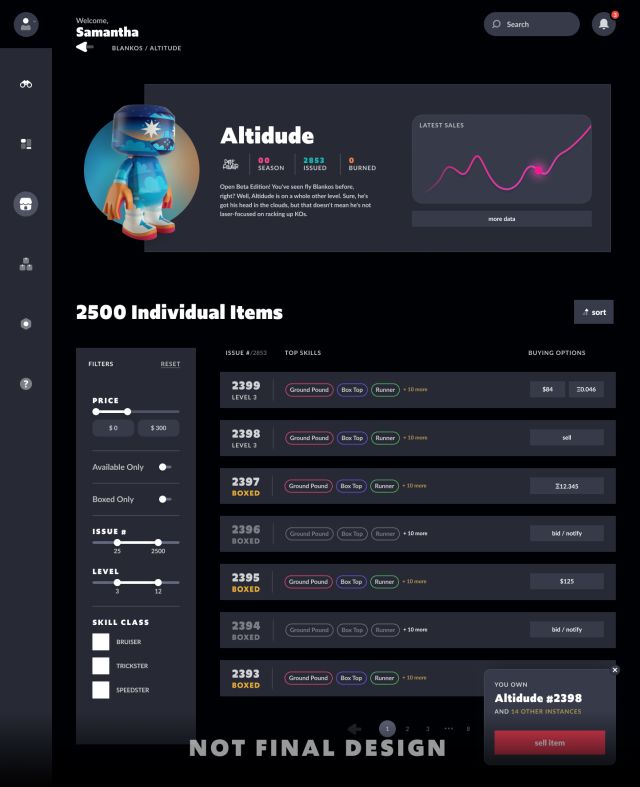 Executives have jumped on board following careers at Electronic Arts, Zynga, Blizzard, Square Enix and others. Nifty!

Mythical Games, a studio with executive talent best known for previous work with companies such as Activision, Electronic Arts, Zynga and Oculus, announced today that the marketplace for Blankos Block Party has entered its Alpha phase. This is exciting news for executives and potentially even gamers, as it means everyone is one step closer to being able to participate in peer-to-peer sales of "playable" NFTs.

Described as an "open-world multiplayer party game with an emphasis on player-designed levels," Blankos Block Party is designed to provide a traditional AAA game experience that appears to be the next logical progression after something like Skylanders or Disney Infinity. This time around, however, the vinyl toys are presented digitally and won't just wind up in a plastic bucket collecting dust.

"Players have invested billions of dollars into digital items in other online games without a tangible way to benefit from it beyond occasional gameplay advantages," notes a press release. ""Content remains locked behind their account because their purchase is really just a lease or licensing agreement, with no ability to transfer or sell."

Once the new marketplace is properly tested and implemented, Blankos Block Party will potentially change that dynamic. It seems the goal here is to create a new market that cuts the player in on the action, in some ways similar to something like Steam trading cards, but on a grander scale and with the "NFT" buzzword firmly attached. 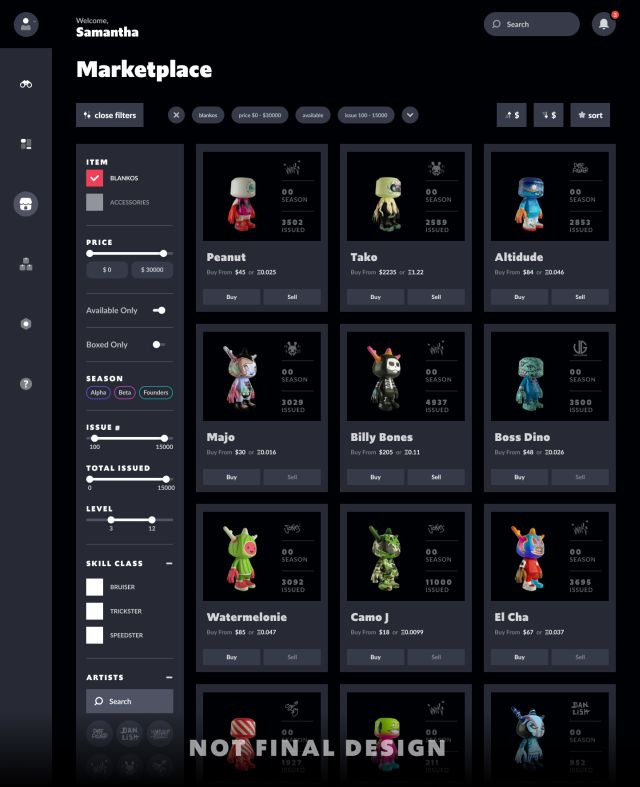 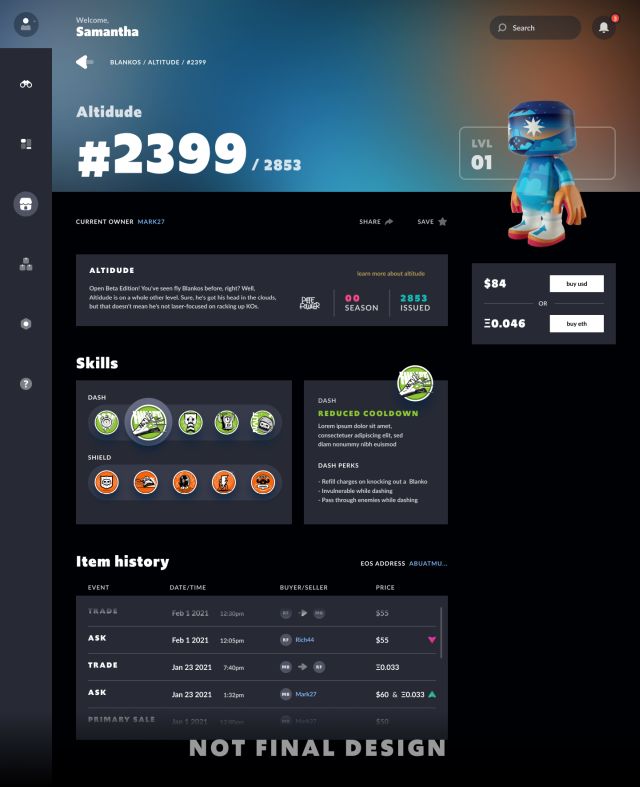 According to the press release, players will be able to unlock various characters with differing values determined by rarity and time-based investment. They can then sell those to other players and collectors for "real/fiat or crypto currency" in a safe manner that doesn't involve the existing threat of gray market scams and Terms of Service violations. Sell your Blankos Block Party characters, in other words, and you're playing the game the way it is meant to be played.

"Rolling out the Mythical Marketplace is the next big step for us toward creating true player-owned economies in games," said John Lindeon, Mythical Games CEO and co-founder. "With the recent boom of NFTs and digital assets in pop culture, we're happy to be at the forefront of introducing these concepts to AAA games and leading the way to new sources of revenue and value creation for players and creators."

NFTs, sometimes known as non-fungible tokens, exist as "data" on a digital ledger. They can take any variety of forms, and incorporate a variety of mediums, but they are truly unique--almost like numbered and signed editions of a novel from a favorite author or manga artist--and therein lies their long-term value.

"In the Blankos open beta, the community currently holds more than 60,000 NFTs for over 300,000 registered players, but there are fewer than 5,000 of each artist-designed Blanko in circulation," notes today's press release. "As the game's audience continues to grow, earlier assets and specialized releases will become more scarce and likely more valuable in the secondary market, creating rarity on a mass market scale."

That's assuming the marketplace takes off, naturally, and it also relies on the continued popularity of the blockchain in general and of NFTs in particular.

Mythical Games is betting big on blockchain and NFTs as it continues to push Blankos Block Party forward, and in fact has hired three new executives as of this week. Those executives will be responsible for developing "world-class systems that have never been available in a game," which will include the presentation of data in ways players can readily understand, with slick dashboards and valuable insights.

The Blankos Block Party marketplace will launch for all players later this year, if things go according to plan, and the alpha is available now at Blankos.com. Parties wishing to become involved in the game as employees should know Mythical Games is currently hiring, with open positions listed at mythicalgames.com/careers.

It will be interesting to see how the marketplace develops, and whether it becomes the massive success Mythical Games hopes it will be. The talent on board suggests there are very high hopes indeed, but at the end of the day, Blankos Block Party is a game and to a certain extent its ultimate success will still come down to how much fun people have actually playing it.

If you enjoyed this Blankos Block Party article, you're encouraged to discuss it with the author and with other members of the site's community. If you don't already have an HonestGamers account, you can sign up for one in a snap. Thank you for reading!

© 1998-2021 HonestGamers
None of the material contained within this site may be reproduced in any conceivable fashion without permission from the author(s) of said material. This site is not sponsored or endorsed by Nintendo, Sega, Sony, Microsoft, or any other such party. Blankos Block Party is a registered trademark of its copyright holder. This site makes no claim to Blankos Block Party, its characters, screenshots, artwork, music, or any intellectual property contained within. Opinions expressed on this site do not necessarily represent the opinion of site staff or sponsors. Staff and freelance reviews are typically written based on time spent with a retail review copy or review key for the game that is provided by its publisher.