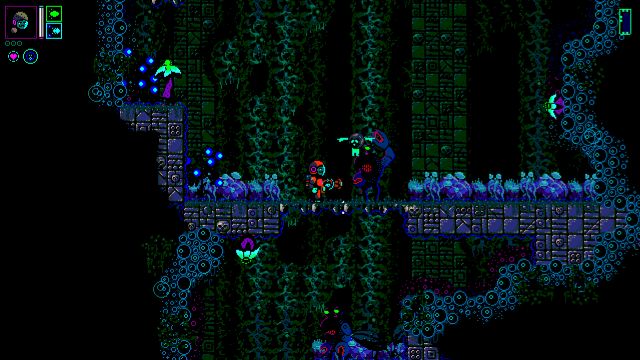 Beneath the ocean, an ancient civilization waits for you to do your best Samus Aran impersonation.

Headup today released Outbuddies DX, a Metroidvania originally released on PC in 2019. It came to Switch and Xbox One in 2020, and now the 2D action/adventure title is ready to shine on PS4.

Outbuddies DX players will explore the sunken city of Bahlam, somewhere beneath the South Atlantic Ocean. As maritime archaeologist Nikolay Bernstein, they will work with assistance from a supernatural Buddy-unit that digs deep into the ruins and eventually uncovers an ominous presence.

Deploying "Buddy" allows players to scout surrounding areas, hack, scan and even use telekinesis to discover ancient weapon systems and gear upgrades that reveal more of the waterlogged world.

Some key features are as follows:


Outbuddies was developed by Julian Laufer as a passion project he began in early 2013, looking to the likes of Super Metroid, Castlevania and Mega Man for inspiration. Further inspired by Axiom Verge and Hollow Knight, both games from similarly tiny teams, he worked to create something he could be proud of.

"As a father, daytime employee, and gamer myself I loved how progression and iteration were tackled in outstanding indie platformer Celeste, so Outbuddies was designed to provide challenging and encouraging gameplay while skipping punishing throwbacks and grinding mechanics in total," Laufer noted. "I listen to feedback and I'm dedicated to support and improve the game further after release, so shoot me your feedback anytime!"

If you would like to play the game for yourself and find some feedback to fire at its industrious developer, go for it. You can buy the PS4 version on the PlayStation Store for around $17.99 USD, or on other platforms for the same price or less (at the time of this writing, for instance, it is available on the Nintendo eShop in North America for the downright tempting sale price of only $6.29 USD).

If you enjoyed this Outbuddies DX article, you're encouraged to discuss it with the author and with other members of the site's community. If you don't already have an HonestGamers account, you can sign up for one in a snap. Thank you for reading!

© 1998-2021 HonestGamers
None of the material contained within this site may be reproduced in any conceivable fashion without permission from the author(s) of said material. This site is not sponsored or endorsed by Nintendo, Sega, Sony, Microsoft, or any other such party. Outbuddies DX is a registered trademark of its copyright holder. This site makes no claim to Outbuddies DX, its characters, screenshots, artwork, music, or any intellectual property contained within. Opinions expressed on this site do not necessarily represent the opinion of site staff or sponsors. Staff and freelance reviews are typically written based on time spent with a retail review copy or review key for the game that is provided by its publisher.