Shachibato! has arrived on Steam and Neptunia DLC is available to boot 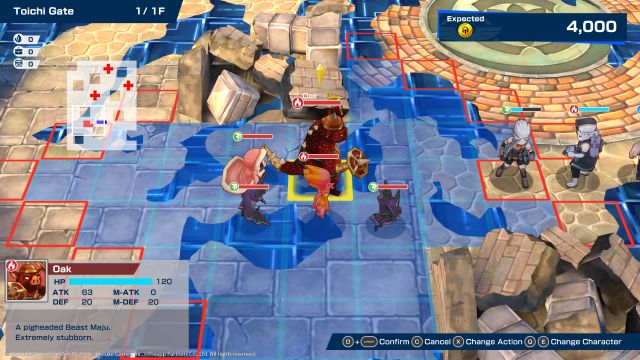 If you prefer, you can call it Shachibato! President, Its Time For Battle! Maju Wars.

Shachibato! is now available on Steam, acttil announced today on behalf of developer and publisher Preapp Partners. Also known by its ever so slightly longer name, Shachibato! President, Its Time For Battle! Maju Wars, the game is a strategy-RPG roguelike.

In Shachibato!, you control a young entrepreneur who operates an adventuring company. An earthquake rips through the city while you are out on a shopping excursion, and a mysterious portal opens on the property that formerly hosted your place of business. Of course you have no choice but to enter it and rescue your employees while working to restore your business.


To celebrate its release, Shachibato! is being offered at a 10% discount during a limited launch window. Additionally, Shachibato! Deluxe DLC is offered at 20% off its standard price for the first week and includes a digital art collection and original soundtrack.

Shachibato! is a "multimedia franchise," and Preapp Partners teamed up with Kadokawa to prove it. You can find the Shachibato! President, Its Time For Battle! anime right now on Funimation, with a dubbed version on its way soon.

If you enjoyed this Shachibato! article, you're encouraged to discuss it with the author and with other members of the site's community. If you don't already have an HonestGamers account, you can sign up for one in a snap. Thank you for reading!

© 1998-2021 HonestGamers
None of the material contained within this site may be reproduced in any conceivable fashion without permission from the author(s) of said material. This site is not sponsored or endorsed by Nintendo, Sega, Sony, Microsoft, or any other such party. Shachibato! is a registered trademark of its copyright holder. This site makes no claim to Shachibato!, its characters, screenshots, artwork, music, or any intellectual property contained within. Opinions expressed on this site do not necessarily represent the opinion of site staff or sponsors. Staff and freelance reviews are typically written based on time spent with a retail review copy or review key for the game that is provided by its publisher.