Neptunia Virtual Stars arrives on Steam with a Limited Edition 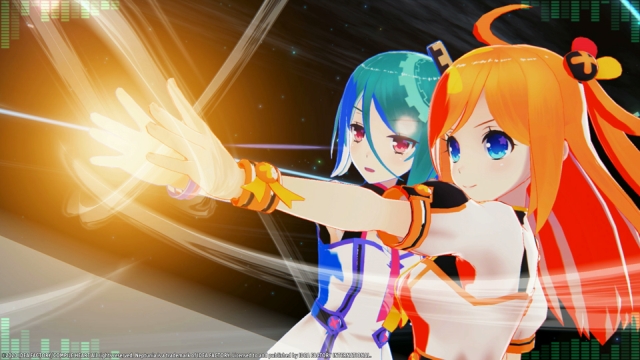 The game launched on PS4 early this month, and now it has come to the house that Valve built.

Neptunia Virtual Stars released today on Steam, Idea Factory has announced. Now you can enjoy hacking and slashing your way through another world on another platform, and snap up DLC at a permanently discounted price.

According to a press release, Neptunia Virtual Stars is available during its launch week with a 10% discount, with the Deluxe Pack, DLC Set and VIP Edition also available for purchase. The DLC Set is offered at "a permanent 15% discount," which seems to me like just another way to say that its price is lower now. But whatevs.

On PlayStation 4, the game features Japanese voiceover options and English subtitles. The same is true of the newer Steam release, but it also offers Japanese and Traditional Chinese subtitles. Let that knowledge be your guide.

The press release also listed some in-game DLC included in the DLC Set and VIP Edition, which includes:

A special limited physical edition is available for both the Steam and the PS4 versions of the game, with the former being exclusive to the IFI Online Store. As a neat bonus, you can purchase the Limited Edition for a paltry $109.99 USD and receive FREE domestic shipping. In Europe, the package costs £79.16 and does not include VAT fees, duties and shipping.

On a related note, those who purchase the Limited Edition for Steam through the IFI Online Store will receive the Deluxe Pack. It includes:


In case you aren't already aware, Neptunia Virtua Stars takes players to Virtualand, a digital world that exists alongside other known dimensions. Dropped within that other realm, the usual heroes from the Hyperdimension Neptunia games must fight to save Content from the Antis and thus engineer their return home to Gamindustri.

Gameplay is more action-oriented than usual, with combat that relies on hack-n-slash battles. There is also a BeatTik rhythm game, for those who might feel like dancing. Are you anxious to get your groove on?

If you enjoyed this Neptunia Virtual Stars article, you're encouraged to discuss it with the author and with other members of the site's community. If you don't already have an HonestGamers account, you can sign up for one in a snap. Thank you for reading!

© 1998-2021 HonestGamers
None of the material contained within this site may be reproduced in any conceivable fashion without permission from the author(s) of said material. This site is not sponsored or endorsed by Nintendo, Sega, Sony, Microsoft, or any other such party. Neptunia Virtual Stars is a registered trademark of its copyright holder. This site makes no claim to Neptunia Virtual Stars, its characters, screenshots, artwork, music, or any intellectual property contained within. Opinions expressed on this site do not necessarily represent the opinion of site staff or sponsors. Staff and freelance reviews are typically written based on time spent with a retail review copy or review key for the game that is provided by its publisher.