Moonglow Bay heads to Xbox platforms and PC in 2021 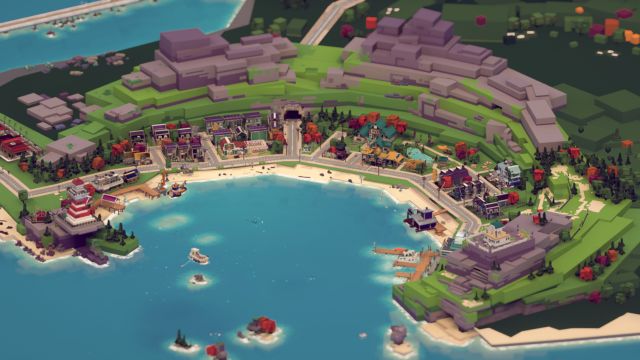 The fishing RPG with voxel stylings could be difficult to resist.

At the ID@Xbox showcase today, publisher Coatsink announced today it will release a fishing RPG called Moonglow Bay on Xbox Series X|S, Xbox One, Xbox Game Pass for Console and Xbox Game Pass for PC in 2021. The game will also release on Steam.

Moonglow Bay deposits players in the beautiful coastal town of the same name, which once was a thriving fishing community. Now it is on the brink of bankruptcy, a mere year ahead of its centennial celebration, and you have settled in with hopes of building a thriving business that will reverse the burg's declining fortunes.

Gameplay revolves around interacting with the locals, fishing, cooking, upgrading your equipment--rods, a fishing boat, nets and fo forth--and, of course, fishing some more. You also will have opportunities to see if the rumors of strange monsters have the ring of truth to them.

"We can't wait for players to see the world of Moonglow Bay," the developers at Bunnyhug stated in a press release. "There is so much to explore and so many secrets to uncover. You'll soon get to know the lovely cast of characters who will help you on your journey!"

Moonglow Bay combines a "playful" voxel art style with a "sumptuous" soundtrack. It includes numerous story arcs, more than 100 aquatic species, monster encounters and a town that looks like it could be fun to explore. Besides that, there's a drop-in-drop-out local co-op mode, which should perhaps allow for a pleasant family gaming experience.

I don't especially care for fishing villages, having lived in one for most of the last 15 years, but the one I knew wasn't made of voxels and monsters were not a going concern. I'll be keeping an open mind on this particular game. What about about you?

If you enjoyed this Moonglow Bay article, you're encouraged to discuss it with the author and with other members of the site's community. If you don't already have an HonestGamers account, you can sign up for one in a snap. Thank you for reading!

© 1998-2021 HonestGamers
None of the material contained within this site may be reproduced in any conceivable fashion without permission from the author(s) of said material. This site is not sponsored or endorsed by Nintendo, Sega, Sony, Microsoft, or any other such party. Moonglow Bay is a registered trademark of its copyright holder. This site makes no claim to Moonglow Bay, its characters, screenshots, artwork, music, or any intellectual property contained within. Opinions expressed on this site do not necessarily represent the opinion of site staff or sponsors. Staff and freelance reviews are typically written based on time spent with a retail review copy or review key for the game that is provided by its publisher.