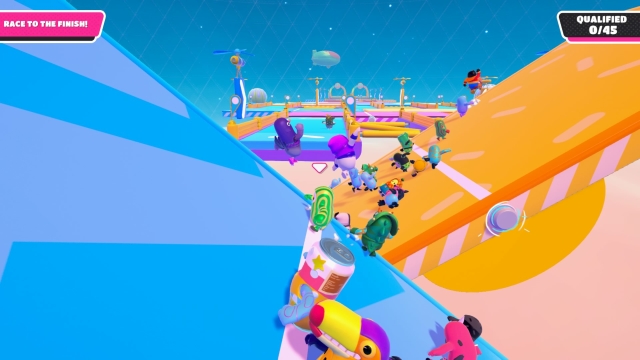 It sounds like Epic things are on the way from both companies.

Epic Games announced today that Tonic Games Group is "joining the Epic Games family." The team is responsible for last year's surprise sensation, Fall Guys: Ultimate Knockout, along with a variety of other indie sensations.

"At Tonic Games Group we often say that 'everyone deserves a game that feels like it was made for them.' At Epic, we feel like we have found a home that was made for us," said Dave Bailey, co-founder and CEO at Tonic Games Group, in a quote included in the official announcement. "They share our mission to build and support games that have a positive impact, empower others and stand the test of time and we couldn't be more excited to be joining forces with their team."

Mediatonic started as an iOS developer before trying its hand at consoles and PC, starting with Monsters (Probably) Stole My Princess. Other highlights along the way include Foul Play, Hatoful Boyfriend, and Fable Fortune.

Many of the group's more recent titles have been published by the folks at Devolver Digital, including Fall Guys: Ultimate Knockout. That game was released for free on PlayStation Plus for a limited time, which allowed it to build a huge audience, and is slated to arrive on the Nintendo Switch and on Microsoft's consoles later this year.

In an official FAQ, Mediatonic addressed some of what this announcement means for Fall Guys and for the studio in general. According to that document, existing Epic games "have tons of features we'd love to bring to Fall Guys--account systems, cross-play, squad vs squad modes, etc..." Bringing the game to the other platforms referenced above is still part of the plan.

Epic Games continues to make smart acquisitions as it expands operations around the world. Buying up smaller teams with a proven track record that might crank out future hits and entice additional consumers to try out the Epic Games Store seems like good business, so this probably isn't the last announcement of its kind that we'll see over the next few years. Do you share Mediatonic's optimism that this is the right move?

If you enjoyed this Fall Guys: Ultimate Knockout article, you're encouraged to discuss it with the author and with other members of the site's community. If you don't already have an HonestGamers account, you can sign up for one in a snap. Thank you for reading!

© 1998-2021 HonestGamers
None of the material contained within this site may be reproduced in any conceivable fashion without permission from the author(s) of said material. This site is not sponsored or endorsed by Nintendo, Sega, Sony, Microsoft, or any other such party. Fall Guys: Ultimate Knockout is a registered trademark of its copyright holder. This site makes no claim to Fall Guys: Ultimate Knockout, its characters, screenshots, artwork, music, or any intellectual property contained within. Opinions expressed on this site do not necessarily represent the opinion of site staff or sponsors. Staff and freelance reviews are typically written based on time spent with a retail review copy or review key for the game that is provided by its publisher.