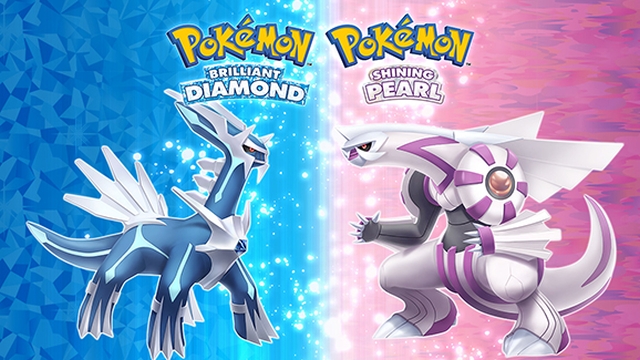 During today's Pokémon Direct, the little developer that could revealed what it could.

Pokémon Brilliant Diamond and Pokémon Shining Pearl are headed to Nintendo Switch, Game Freak announced during its eagerly anticipated Pokémon Direct stream. The titles will arrive later this year, no doubt just in time for the holiday shopping season.

As usual, the two games are set within the same region: the Sinnoh region. If all of this sounds familiar, it's because you've probably played through the original versions, released on the DS way back in 2006 (2007, in North America). Has it really already been that long? Yes. Yes, it has.

The developer promises that the game's original sense of scale and its routes have been preserved, but that for newcomers, "plenty of new encounters and surprises await." And even though I played a fair bit of Pokémon Pearl back in the day (it's the first Pokémon game I played, actually), I'm sure there's a lot that will feel fresh to me. Getting old sucks, but at least my failing memory does mean I get to enjoy new experiences I've already had!

Check out our spiffy screenshot gallery if you'd like to see first screens, or head to the official game site for trailer that provides a first look at the games in action. Is this the Pokémon experience you've been waiting for?

If you enjoyed this Pokémon Brilliant Diamond article, you're encouraged to discuss it with the author and with other members of the site's community. If you don't already have an HonestGamers account, you can sign up for one in a snap. Thank you for reading!

© 1998-2021 HonestGamers
None of the material contained within this site may be reproduced in any conceivable fashion without permission from the author(s) of said material. This site is not sponsored or endorsed by Nintendo, Sega, Sony, Microsoft, or any other such party. Pokémon Brilliant Diamond is a registered trademark of its copyright holder. This site makes no claim to Pokémon Brilliant Diamond, its characters, screenshots, artwork, music, or any intellectual property contained within. Opinions expressed on this site do not necessarily represent the opinion of site staff or sponsors. Staff and freelance reviews are typically written based on time spent with a retail review copy or review key for the game that is provided by its publisher.