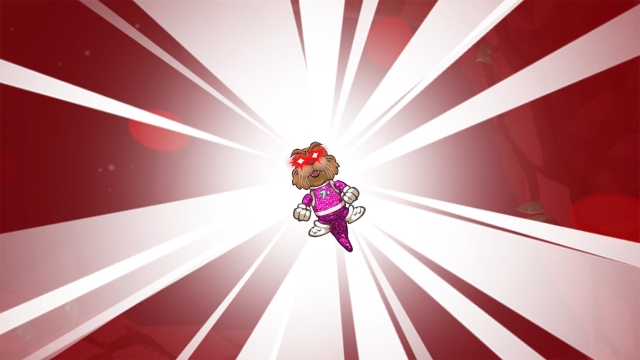 The puzzle/platformer is headed to Nintendo, Xbox, PlayStation and PC platforms this March.

Space Otter Charlie, a new puzzle/platformer from Wayward Distractions and The Quantum Astrophysicists Guild, is headed to Nintendo Switch, PC, and various other platforms on March 18, 2021, a press release announced today.

Players will join Charlie and various other critters as they search the galaxy for a new home planet. They'll jump, float and fly through more than a dozen levels. Perhaps most importantly, there will be puns.

Wayward Distractions, the development team behind the game, consists of a few individuals who you may recognize from their previous projects of some renown. The team includes former PopCap studio head Ed Allard, Jeff Weinstein (AstroPop, Bookworm Adventures, Zuma's Revenge), Matt Holmberg (PvZ, Peggle 2, Feeding Frenzy, Magi Nation) and Isaac Aubrey (Space Tyrant, Forza, Bejeweled Blitz, Motor City Online). That's quite the collective resume, even if the new studio unit doesn't have any prior works to its name.

"While I was playing around with zero-g prototypes, the fluid motion reminded me of Feeding Frenzy, which was the first game I created like a hundred years ago," said Ed Allard, who has revived his studio head role at the new studio. "I'm not the first person to realize this connection - NASA trains astronauts for spacewalks under water. I started thinking that sea creatures could probably adapt more quickly to the strangeness of Zero-G than humans could. Blend that realization with a zero-g game prototype and a long time love of sea otters, and you've got Space Otter Charlie."

Judging by the available screenshots, the game will have plenty of the slightly irreverent personality you likely associate with PopCap Games. The official list of features from today's press release is as follows:


If you've always dreamed of controlling a graceful otter in space, your time has (nearly) come. The game already has an eShop listing with a price of $14.99 indicated, so maybe start saving today for your otter-wordly journey among the stars.

If you enjoyed this Space Otter Charlie article, you're encouraged to discuss it with the author and with other members of the site's community. If you don't already have an HonestGamers account, you can sign up for one in a snap. Thank you for reading!

© 1998-2021 HonestGamers
None of the material contained within this site may be reproduced in any conceivable fashion without permission from the author(s) of said material. This site is not sponsored or endorsed by Nintendo, Sega, Sony, Microsoft, or any other such party. Space Otter Charlie is a registered trademark of its copyright holder. This site makes no claim to Space Otter Charlie, its characters, screenshots, artwork, music, or any intellectual property contained within. Opinions expressed on this site do not necessarily represent the opinion of site staff or sponsors. Staff and freelance reviews are typically written based on time spent with a retail review copy or review key for the game that is provided by its publisher.