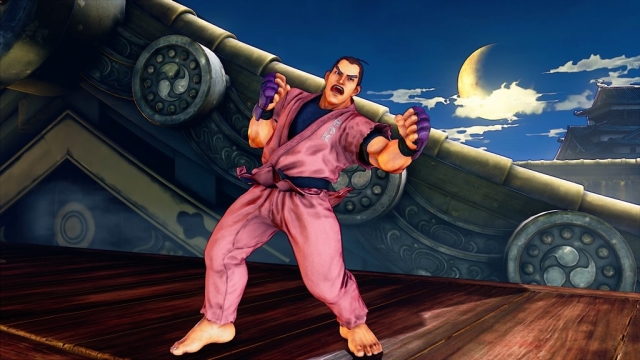 One boring character to school them all.

Street Fighter V has been kicking around for a long time now, and everything good must eventually end. So it is that Capcom's fifth proper entry in the long-running series will receive only one more season of content--appropriately enough, its fifth--before heading out to the old fighting game pasture for some well-deserved R&R.

Dan Hibiki, the brawler I've never found even remotely interesting after first encountering him in Street Fighter Alpha, kicks off the final season today and is available for $5.99USD, 100,000 Fight Money, or as part of the Season 5 Pass. There actually are two separate versions of that pass, depending on how invested you want to be as Street Fighter V runs its final lap.

Coming to both passes are a total of five characters, including Dan. The remaining four are Rose (due Spring 2021), Oro (Summer 2021), Akira (also Summer), and a secret fifth character who has yet to be revealed. That's not a terrible list, even with Dan starting things off on the wrong foot.

But who is Dan? Basically, he was at one time a sparring partner for Ryu and Ken. He uses taunts and short-range attacks that make up the "Master of Saikyo" range of fighting techniques he so adores.

Even if you don't want to spend any money on more Street Fighter V content, you can get some stuff for free. Today's update includes a new "V-Shift" battle mechanic, a new training stage, and adjustments to battle balance across the entire character roster. That's absolutely free.

For those prepared to part with money, the two versions of the season pass referenced above include the following:

You might wonder what this "Eleven" bonus content is. According to the press release, it is a "mimic character who can randomly transform itself into any character currently owned." It will retain Eleven's color scheme, but will otherwise play precisely like whatever character it mimicked. Intriguing!

I haven't done a great job of selling Dan as a character you must have, but the rest of the season pass sounds good to me. Do you plan to invest in a final bit of Street Fighter V mayhem, or have you already moved onto other things?

If you enjoyed this Street Fighter V article, you're encouraged to discuss it with the author and with other members of the site's community. If you don't already have an HonestGamers account, you can sign up for one in a snap. Thank you for reading!

© 1998-2021 HonestGamers
None of the material contained within this site may be reproduced in any conceivable fashion without permission from the author(s) of said material. This site is not sponsored or endorsed by Nintendo, Sega, Sony, Microsoft, or any other such party. Street Fighter V is a registered trademark of its copyright holder. This site makes no claim to Street Fighter V, its characters, screenshots, artwork, music, or any intellectual property contained within. Opinions expressed on this site do not necessarily represent the opinion of site staff or sponsors. Staff and freelance reviews are typically written based on time spent with a retail review copy or review key for the game that is provided by its publisher.