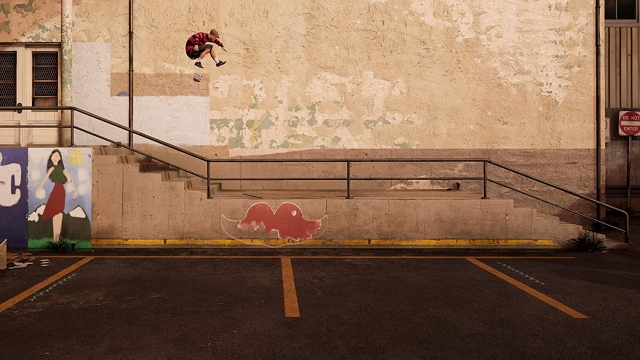 Later this year, you'll be able to hear favorites from the original games, plus thematically appropriate new stuff.

Activision has announced a lineup of artists who will contribute their vocal talents to Tony Hawk's Pro Skater 1 + 2, the reworked compilation due later this year on PlayStation 4, Xbox One and PC. The game also features a selection of licensed music from the original game releases around 20 years ago (yes, it really has been that long).

The publisher revealed the news during a virtual concert held on Noisey's YouTube channel, a reflection of marketing today versus yesteryear. Other artists who performed included CHAII, Merkules, Machine Gun Kelly and Rough Francis, acts confirmed for the remastered release.

In case you want to see the event for yourself, we've embedded a video below to let you do just that.

The official, alphabetized list of artists joining the game's soundtrack, courtesy of Activision, is as follows:

The list of original series artists returning is as follows:


Tony Hawk's Pro Skater 1 + 2 will carry an MSRP of $39.99 when it arrives worldwide on September 4. The "ultimate fan" can pick up a $99.99 version instead, which includes "digital deluxe content and a limited-run Birdhouse deck." Want more information than you see here? You can find it at the game's official site.

If you enjoyed this Tony Hawks Pro Skater 1 + 2 article, you're encouraged to discuss it with the author and with other members of the site's community. If you don't already have an HonestGamers account, you can sign up for one in a snap. Thank you for reading!

© 1998-2021 HonestGamers
None of the material contained within this site may be reproduced in any conceivable fashion without permission from the author(s) of said material. This site is not sponsored or endorsed by Nintendo, Sega, Sony, Microsoft, or any other such party. Tony Hawks Pro Skater 1 + 2 is a registered trademark of its copyright holder. This site makes no claim to Tony Hawks Pro Skater 1 + 2, its characters, screenshots, artwork, music, or any intellectual property contained within. Opinions expressed on this site do not necessarily represent the opinion of site staff or sponsors. Staff and freelance reviews are typically written based on time spent with a retail review copy or review key for the game that is provided by its publisher.