Earthlock 2 is coming to next-gen consoles and PC 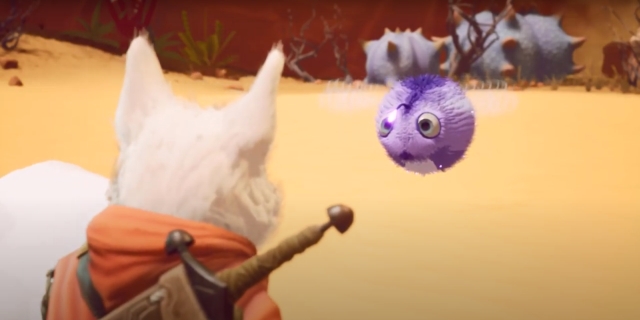 An Earthlock sequel is on the way, with tweaks both welcome and unwelcome.

Earthlock 2 is currently in development and will release on PlayStation 5, Xbox Series X, PlayStation 4, Xbox One and PC, developer Snowcastle Games announced today. The company released a teaser trailer running in-engine on Unreal, which despite that laudable fact upholds the grand tradition of showing no apparent gameplay.

Taking place on the planet of Umbra, the Earthlock series initially drew praise for its aesthetic and faithfulness to classic JRPGs of old. It dates back to 2015, when it was first released on PC following a successful crowdfunding phase that generated $178,193 on a $150,000 Kickstarter goal (and secured additional funding from other sources).

Writing about the first installment, one critic from MMORPG.com enthusiastically remarked that "Its turn-based content is brusquely paced, strategic, and also novel with the stances and pairing mechanics. You get your own home island you can farm and build up, and each of the games core six companions can be customized with talents to change how they play fundamentally. It all comes together exquisitely for JRPG fans, but with a western veneer."

Unfortunately, for reasons that remain unclear, the developers are adopting a more generic approach for the sequel. The press release does its best to rally, despite that unfortunate blow.

"With the success of the first game giving the team ample opportunity to grow," notes said press release, "Earthlock 2 will take the franchise to the next level. Earthlock 2 will be an open-world action RPG with complex interlocking systems that work together to offer players extensive freedom to customise their own experience."

Despite that regrettable handicap, the developers may yet manage to retain some of the original magic that endeared fans to the first installment. If nothing else, they at least have grand ambitions and (bizarre combat system choice aside) seem to be making a lot of the right decisions. Unreal is a natural choice for engine, for instance, and the team had the marketing savvy to offer a hefty discount on versions of the first game currently available on Steam, the Nintendo eShop and the Xbox Games Store.

"We really want our next title to offer players a huge amount of replayability, customisation and depth, with incredible emergent gameplay possibilities," noted Bendik Stang, the game's director and also the founder of Snowcastle Games. "It's been an exciting endeavour for us and we can't wait to reveal more about the game in the future, please stay tuned."

Check out the teaser trailer above if you would like an early look at the game. No release date has been announced just yet, and it's unclear just how far development has progressed, but for now at least you know you haven't seen the last of Umbra. Are you looking forward to more fun in that world?

If you enjoyed this Earthlock 2 article, you're encouraged to discuss it with the author and with other members of the site's community. If you don't already have an HonestGamers account, you can sign up for one in a snap. Thank you for reading!

© 1998-2021 HonestGamers
None of the material contained within this site may be reproduced in any conceivable fashion without permission from the author(s) of said material. This site is not sponsored or endorsed by Nintendo, Sega, Sony, Microsoft, or any other such party. Earthlock 2 is a registered trademark of its copyright holder. This site makes no claim to Earthlock 2, its characters, screenshots, artwork, music, or any intellectual property contained within. Opinions expressed on this site do not necessarily represent the opinion of site staff or sponsors. Staff and freelance reviews are typically written based on time spent with a retail review copy or review key for the game that is provided by its publisher.