SEGA shares Yakuza: Like a Dragon release info and other plans 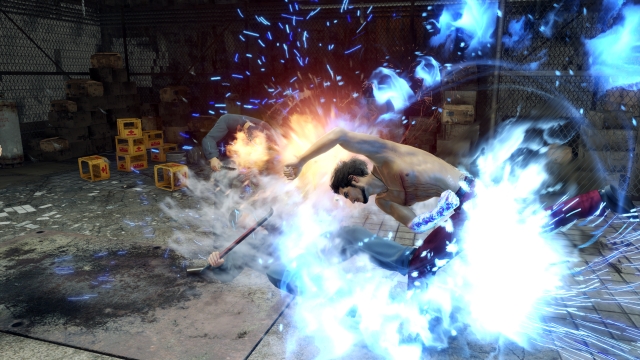 Comic Con @ Home turned out to be a good source of new details on the upcoming yakuza-themed RPG.

As Comic Con @ Home opened today, Sega of America revealed new information about the upcoming game's release date, platforms, voice actors and more. The eagerly anticipated seventh entry in the main series (there also are a prologue and assorted side story and remake entries) arrived in Japan in January of this year and will be available in North America and elsewhere on a variety of platforms by year's end.

Yakuza: Like a Dragon is now planned for release on PlayStation 4, Xbox One, Steam, Xbox Series X and--announced today--on PlayStation 5. Xbox One purchasers can play their copy on Xbox Series X, once they have access to that console, and SEGA revealed that a "PlayStation 5 upgrade path" is also in the planning stages for (one assumes) a similar setup.

According to the announcement, Yakuza: Like a Dragon is due to arrive on most platforms in November of 2020. It will arrive on Xbox Series X on day one, with a PlayStation 5 version coming "at a later date." The "Day One" version is now known as the "Day Ichi" version, to lean into the franchise's very Japanese roots. There also will be Hero and Legendary Hero editions, and you can pre-order them starting today if you are so inclined.

One other interesting bit of news was the announcement that veteran actor George Takei will lend his vocal cords to the North American localization, alongside numerous other talented actors. He will play "a powerful patriarch whose dissolution of the Tojo Clan's yakuza empire sets into motion the conflict at the heart of this complex, winding narrative."

A trailer for the game's localized version is embedded above, so you can hear Takei and others in action, and so you can give yourself one more excuse to place a pre-order. Are you in the mood to fight like a dragon?

If you enjoyed this Yakuza: Like a Dragon article, you're encouraged to discuss it with the author and with other members of the site's community. If you don't already have an HonestGamers account, you can sign up for one in a snap. Thank you for reading!

© 1998-2021 HonestGamers
None of the material contained within this site may be reproduced in any conceivable fashion without permission from the author(s) of said material. This site is not sponsored or endorsed by Nintendo, Sega, Sony, Microsoft, or any other such party. Yakuza: Like a Dragon is a registered trademark of its copyright holder. This site makes no claim to Yakuza: Like a Dragon, its characters, screenshots, artwork, music, or any intellectual property contained within. Opinions expressed on this site do not necessarily represent the opinion of site staff or sponsors. Staff and freelance reviews are typically written based on time spent with a retail review copy or review key for the game that is provided by its publisher.