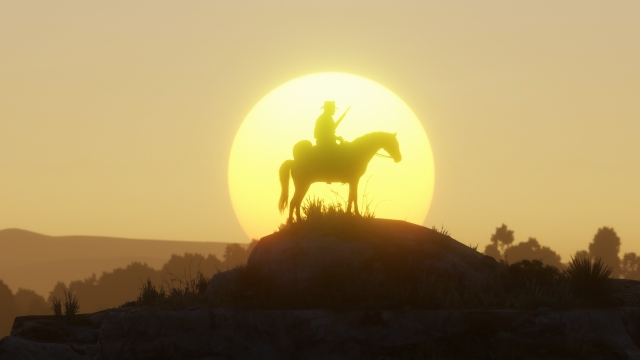 You'll be able to play Red Dead Redemption 2 later this year, and Rockstar hopes you'll preorder through its launcher.

Rockstar Games has announced that Red Dead Redemption 2 is set to arrive on PC on November 5, 2019, a little over a year after its launch on PlayStation 4 (pictured above) and Xbox One. This will be the first time an installment in the series has appeared on that platform.

Available for preorder starting October 9, the popular game will include "a range of graphical and technical enhancements for increased immersion," as well as additional bounty hunting missions, gang hideouts, weapons and "more." Read Dead Online, the online component of the sprawling single-player experience, is also included with the latest content updates.

Preorders start 11:00AM (ET) and are available exclusively through the Rockstar Games Launcher until October 22. If you download the launcher ahead of October 8, 2019, you'll receive a free copy of Grand Theft Auto: San Andreas. Today's press release mentions that those who actually preorder the game can take their pick of two free PC games from Rockstar's library (qualifying titles only), and the launcher will offer a $20 discount on Special Edition and Ultimate Edition versions of the game... as well as in-game incentives such as 50 gold bars for the online mode and helpful items for the story campaign.

Starting October 23, those who prefer to pay more for less can also preorder at the Epic Games Store, Greenman Gaming, the Humble Store, GameStop and various other digital retailers. It will also be available on Google Stadia at launch. Starting at some unspecified point in December, they will also have the option of purchasing the game on Steam. They'll just have to be okay with coming to the party a bit late compared to their PC buddies.

Red Dead Redemption 2 was one of the biggest games of the year in 2018, and PC gamers have been eagerly anticipating its arrival on their platform of choice. Are you planning to place a preorder?

If you enjoyed this Red Dead Redemption 2 article, you're encouraged to discuss it with the author and with other members of the site's community. If you don't already have an HonestGamers account, you can sign up for one in a snap. Thank you for reading!

© 1998-2021 HonestGamers
None of the material contained within this site may be reproduced in any conceivable fashion without permission from the author(s) of said material. This site is not sponsored or endorsed by Nintendo, Sega, Sony, Microsoft, or any other such party. Red Dead Redemption 2 is a registered trademark of its copyright holder. This site makes no claim to Red Dead Redemption 2, its characters, screenshots, artwork, music, or any intellectual property contained within. Opinions expressed on this site do not necessarily represent the opinion of site staff or sponsors. Staff and freelance reviews are typically written based on time spent with a retail review copy or review key for the game that is provided by its publisher.