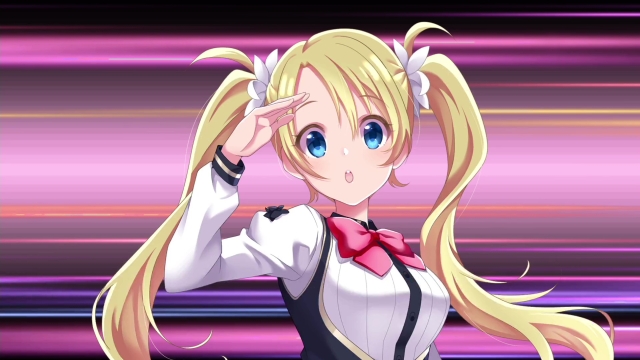 You'll get approximately the same game on either platform, except the Switch version has more boobs.

D3 Publisher today released Omega Labyrinth Life and Labyrinth Life on Nintendo Switch and PS4, respectively. The games are available digitally and are priced at $59.99 USD and $49.99 USD, depending on your platform of choice... which may be determined in part by how risque you like your dungeon crawling and supplementary material.

According to a press release the games' publisher released earlier today to mark the event, the games "aim to deliver a lewd, busty, and hardcore roguelike experience utilizing turn-based tactics and growing powers that are bestowed within each maiden's breasts."

Gameplay and plot focus on the adventures of several maidens attending school at Belles Fleurs Academy, where the eternally blooming flowers that are a local highlight suddenly have begun to wither. To get to the root of the problem, the maidens must venture into a sacred dungeon, where they will encounter dangerous monsters they can best defeat by enhancing their boobs with mysterious Omega Power.

Key features noted in the press release include:

Two previous installments in the series, Omega Labyrinth (Vita) and Omega Labyrinth Z (PS4, Vita) were developed and released in Japan. The latter was due to head west, courtesy of PQube, but that release was scuttled at the last minute when its publisher was unwilling to cut content that Sony wanted to see removed in those regions.

Regarding content cuts for this newest title, the press release describes the differences as follows: "Omega Labyrinth Life and Labyrinth Life feature similar characters, character skills, items, monsters, story plot, dungeon layouts and difficulty settings, but each differ by how they display their sexual content."

You can view an official, detailed list of differences in an official PDF file. The biggest differences seem to relate to what players can touch and interact with in the Skill Bloom, Size Up and Tit-For-Tat systems, as well as what they will see in-game as a result. The PTA mode (which apparently stands for Pat Tits Action) is not included in the PS4 version of the game, though both games are rated M for Mature by the ESRB.

Look forward to a probable review of Omega Labyrinth Life in the near-ish future, because HonestGamers cares.

If you enjoyed this Omega Labyrinth Life article, you're encouraged to discuss it with the author and with other members of the site's community. If you don't already have an HonestGamers account, you can sign up for one in a snap. Thank you for reading!

© 1998 - 2023 HonestGamers
None of the material contained within this site may be reproduced in any conceivable fashion without permission from the author(s) of said material. This site is not sponsored or endorsed by Nintendo, Sega, Sony, Microsoft, or any other such party. Omega Labyrinth Life is a registered trademark of its copyright holder. This site makes no claim to Omega Labyrinth Life, its characters, screenshots, artwork, music, or any intellectual property contained within. Opinions expressed on this site do not necessarily represent the opinion of site staff or sponsors. Staff and freelance reviews are typically written based on time spent with a retail review copy or review key for the game that is provided by its publisher.