No More Heroes III announced and coming in 2020 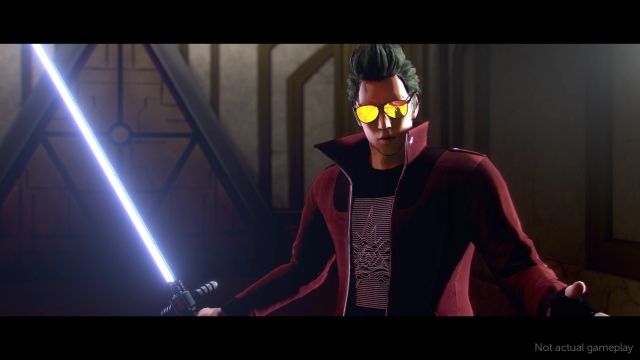 Another numbered entry in the niche action series is on its way.

Travis Strikes Again: No More Heroes must have proved to the right people that there's still a market for the No More Heroes series, because today during Nintendo's E3 Direct, Nintendo revealed that a new installment is on its way from Grasshopper Manufacture and Marvelous Entertainment.

Released way back in 2007, the first No More Heroes proved quite the success on Wii and prompted a sequel that arrived three years later. Since then, however, the series has largely been quiet except for this year's experimental ode to action indie games (currently available exclusively on Nintendo Switch).

Today's announcement trailer doesn't give audiences a lot to go on, and most of it didn't even showcase actual gameplay. However, there was a lot of attitude on display. You can check it out for yourself by viewing the video embedded above.

No More Heroes III isn't due until some unspecified point in 2020, and so it could easily fail to arrive until the end of that year or even experience a delay that finds it slipping to 2021. But for now, knowing that Travis Touchdown is planning a glorious return is probably enough to get some fans in the mood for a bit of light saber dueling. Have you remained in fighting shape?

If you enjoyed this No More Heroes III article, you're encouraged to discuss it with the author and with other members of the site's community. If you don't already have an HonestGamers account, you can sign up for one in a snap. Thank you for reading!

© 1998-2021 HonestGamers
None of the material contained within this site may be reproduced in any conceivable fashion without permission from the author(s) of said material. This site is not sponsored or endorsed by Nintendo, Sega, Sony, Microsoft, or any other such party. No More Heroes III is a registered trademark of its copyright holder. This site makes no claim to No More Heroes III, its characters, screenshots, artwork, music, or any intellectual property contained within. Opinions expressed on this site do not necessarily represent the opinion of site staff or sponsors. Staff and freelance reviews are typically written based on time spent with a retail review copy or review key for the game that is provided by its publisher.