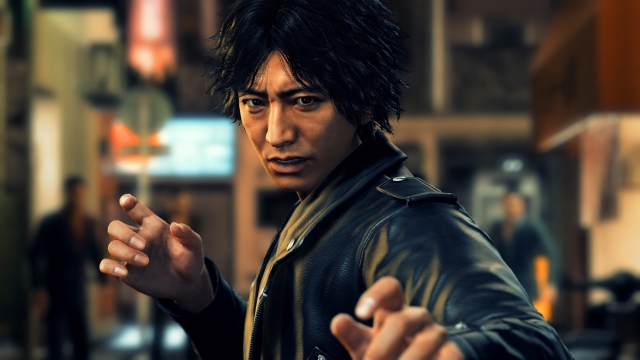 The popular musician and actor has a thing for white powder and that has left some important people seeing red.

Prolific actor and musician Pierre Taki has reportedly been taken into police custody in Japan, following the discovery that he has at some point in recent history used cocaine. He apparently tested positive for the powdery substance, and that's bad news in a country where law enforcement and prevailing culture take a very, very dark view on drug use.

Pierre Taki played a prominent role in Judge Eyes: Shinigami no Yuigon, which arrived on PlayStation 4 in Japan on December 13, 2018. The game is the latest original project from Ryu ga Gotoku Studios, the team best known in the west for its work on the long-running Yakuza series.

Judge Eyes: Shinigami no Yuigon recently was announced for western release in June of this year, where it currently is expected to release with a simpler title: Judgment. However, Pierre Taki's arrest may change plans for wider release, as the game's publisher seems to regard its very existence as a bit of an embarrassment in the wake of the incident.

In the short term, SEGA has pulled the game from the PlayStation Network, and has also stopped shipments on physical copies. A planned DLC expansion is also on the chopping block, as well as the western localization and release, with a final decision on the matter not made at this time. Additionally, posts promoting the game have been scrubbed from the company's social media accounts.

You can view the official response for yourself, and your browser may even be kind enough to translate it for you. Here's what I got when I asked Chrome to do me that favor:

We believe that the arrest of Pierre, who is a performer of our product JUDGE EYES: The Testament of the Grim Reaper, is highly regrettable.

We have received arrest reports and are currently confirming the facts, but for the time being we have decided to refrain from shipping and DL sales of the product and posting of product HP. We apologize for any inconvenience caused to our customers and related parties.

We will notify you of future responses as soon as we determine.

Until SEGA announces its official plans, we will have to wait and hope that the game's localization and release activity in western regions continues as planned. It's possible the company may be tempted to delay the game's western release until the heat dies down, but a substantial delay may mean it is no longer regarded internally as likely to generate a profit. Releasing it with the original Japanese dub--which English super fans would all but insist on--may be something the company doesn't want to do, if it decides the game should remain unavailable in Japan. In other words, this could wind up being a very complicated call for the suits at SEGA to make.

Were you planning to purchase Judgment when it became available in North America? Do you believe its localization should and/or will be canceled?

If you enjoyed this Judgment article, you're encouraged to discuss it with the author and with other members of the site's community. If you don't already have an HonestGamers account, you can sign up for one in a snap. Thank you for reading!

© 1998-2021 HonestGamers
None of the material contained within this site may be reproduced in any conceivable fashion without permission from the author(s) of said material. This site is not sponsored or endorsed by Nintendo, Sega, Sony, Microsoft, or any other such party. Judgment is a registered trademark of its copyright holder. This site makes no claim to Judgment, its characters, screenshots, artwork, music, or any intellectual property contained within. Opinions expressed on this site do not necessarily represent the opinion of site staff or sponsors. Staff and freelance reviews are typically written based on time spent with a retail review copy or review key for the game that is provided by its publisher.