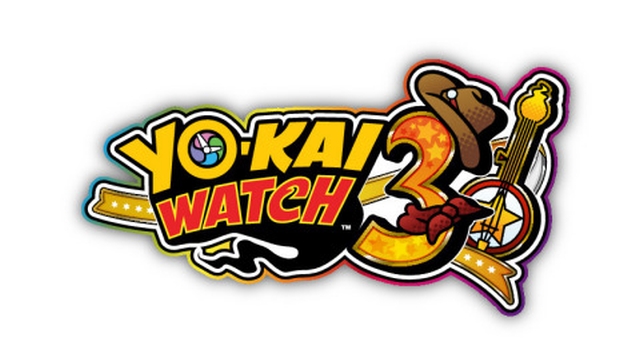 Sometimes, like today, Nintendo likes to do big things with a tiny little press release.

The "Moon Rabbit Crew" update includes "more missions, areas to explore and Big Bosses to befriend," according to the press release. If you link save data from Yo-kai Watch Blasters: Red Cat Corps and Yo-kai Watch Blasters: White Dog Squad, you'll also get special in-game bonuses. A trailer that goes into the details is embedded immediately below.

Nintendo also announced Yo-kai Watch 3 for Nintendo 3DS. It is described as a "robust game" and "loaded with content and features, including new locales, characters and a new battle system."

In Japan, Yo-kai Watch 3 has been available since December of 2016 in three primary flavors: Sukiyaki, Sushi and Tempura. It's unclear from today's press release whether Nintendo plans to localize all three slightly different versions and really crowd shelves, or if one or two of them will remain exclusive to Japan.

The timing to release Yo-kai Watch 3 is definitely right, as the 3DS is going through a bit of a software drought as developers and publishers shift their attention to the Nintendo Switch hardware and a fair few consumers lose interest in continuing to buy 3DS titles. There's a fourth installment in the series due to reach Nintendo Switch sometime in the not-entirely-remote future, so I'm happy to see the third title making it west in some form ahead of that to allow obsessive types like myself to own the whole series without the need to learn Japanese and import.

What about you? Do you plan to snag Yo-kai Watch 3 when it becomes available this February, or are you one of those folks who is done with the 3DS?

If you enjoyed this Yo-kai Watch Blasters: Red Cat Corps article, you're encouraged to discuss it with the author and with other members of the site's community. If you don't already have an HonestGamers account, you can sign up for one in a snap. Thank you for reading!

© 1998-2021 HonestGamers
None of the material contained within this site may be reproduced in any conceivable fashion without permission from the author(s) of said material. This site is not sponsored or endorsed by Nintendo, Sega, Sony, Microsoft, or any other such party. Yo-kai Watch Blasters: Red Cat Corps is a registered trademark of its copyright holder. This site makes no claim to Yo-kai Watch Blasters: Red Cat Corps, its characters, screenshots, artwork, music, or any intellectual property contained within. Opinions expressed on this site do not necessarily represent the opinion of site staff or sponsors. Staff and freelance reviews are typically written based on time spent with a retail review copy or review key for the game that is provided by its publisher.