Under Night In-Birth Exe:Late[st] is available now on Steam 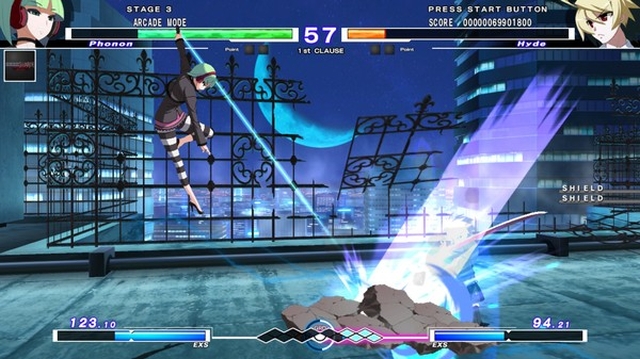 Finally, the game with the ridiculous name is on a platform that happens when water gets hot.

Arc System Works announced today that the most recent installment in the Under Night franchise, Under Night In-Birth Exe:Late[st], is now available to download on Steam. The game previously arrived on PS3, PS4 and Vita in February of this year, and is a port of the arcade game that was released in Japan in 2015.

The game's publisher didn't have much to say about it, but did share this list of features:


Perhaps you wonder what sort of machine you'll need to run the game. No ideal configuration was provided in today's press release, but the following minimum requirements were indicated:

The Under Night series hasn't been around all that long. It made its debut with Under Night: In-Birth in Japanese arcades in 2012, and hasn't been updated all that often since then. Still, it has clearly built an audience for itself. Are you part of that audience?

If you enjoyed this Under Night In-Birth Exe:Late[st] article, you're encouraged to discuss it with the author and with other members of the site's community. If you don't already have an HonestGamers account, you can sign up for one in a snap. Thank you for reading!

© 1998-2021 HonestGamers
None of the material contained within this site may be reproduced in any conceivable fashion without permission from the author(s) of said material. This site is not sponsored or endorsed by Nintendo, Sega, Sony, Microsoft, or any other such party. Under Night In-Birth Exe:Late[st] is a registered trademark of its copyright holder. This site makes no claim to Under Night In-Birth Exe:Late[st], its characters, screenshots, artwork, music, or any intellectual property contained within. Opinions expressed on this site do not necessarily represent the opinion of site staff or sponsors. Staff and freelance reviews are typically written based on time spent with a retail review copy or review key for the game that is provided by its publisher.