The remaster of The Bard's Tale Trilogy rolls out in pieces, starting today 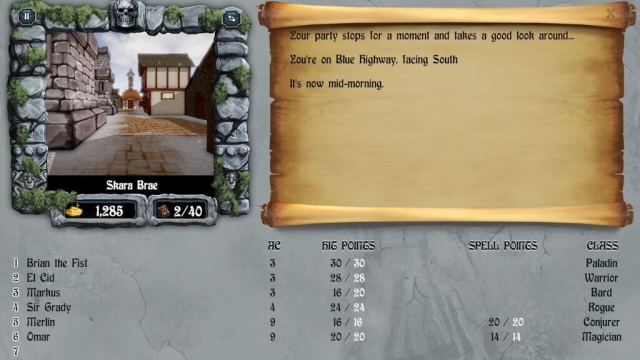 You can play the classic first chapter right now, if it suits you.

inXile Entertainment has announced the availability of The Bard's Tale Trilogy on Steam and GOG, starting today. You can purchase the remastered collection for $14.99 and enjoy some classic adventures before The Bard's Tale IV: Barrows Deep arrives next month or thereabouts.

The Bard's Tale Trilogy will eventually include remasters of all three original games in the series: Tales of the Unknown right now, The Destiny Knight this fall and Thief of Fate by year's end. The chore of remastering fell to Krome Studios, a developer responsible for a variety of hits and misses on PC and console over the years.

According to the press release, the trilogy will present a uniform playing experience across all three titles. You can create a party in the first game and use that same group across all three titles, once they are available. New to this particular compilation is the ability to play as either a male or a female character so you can truly own the narrative.

Quality-of-life changes are also mentioned, including an automapping feature that many are sure to find most welcome, as well as updated equipment and inventory management. Artwork has also been updated, while holding true to the spirit of the originals, and you'll get to see new artwork from series creator Michael Cranford.

The final feature that will come to the game, presumably after all three individual titles are alive and well, is a "Legacy Mode" that lets players experience the games approximately as they could in the 1980s, complete with the added challenge long-time veterans expect. If you've always meant to see what the fuss is all about where The Bard's Tale is concerned, this new bundle of three classics should have you singing. Just as soon as you can find your lute, that is.

Full Disclosure: I backed The Bard's Tale IV: Barrows Deep on Kickstarter, at a level sufficient to place my name in the closing credits, and should receive a copy of this trilogy for free as part of that process. I don't think that affected how I reported on its release just now, but disclosure is almost always a good thing, right?

If you enjoyed this The Bard's Tale Trilogy [Remaster] article, you're encouraged to discuss it with the author and with other members of the site's community. If you don't already have an HonestGamers account, you can sign up for one in a snap. Thank you for reading!

© 1998-2021 HonestGamers
None of the material contained within this site may be reproduced in any conceivable fashion without permission from the author(s) of said material. This site is not sponsored or endorsed by Nintendo, Sega, Sony, Microsoft, or any other such party. The Bard's Tale Trilogy [Remaster] is a registered trademark of its copyright holder. This site makes no claim to The Bard's Tale Trilogy [Remaster], its characters, screenshots, artwork, music, or any intellectual property contained within. Opinions expressed on this site do not necessarily represent the opinion of site staff or sponsors. Staff and freelance reviews are typically written based on time spent with a retail review copy or review key for the game that is provided by its publisher.