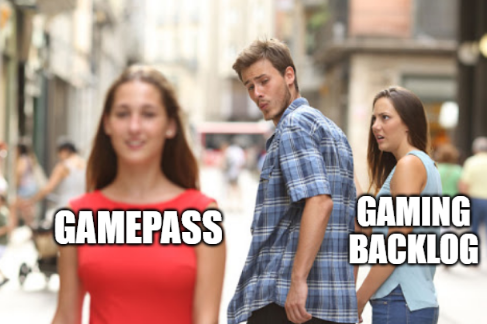 This is the big one. I had a couple of misgivings based on the demo, but the full game has hooked me in. I'm at around Chapter 13 or 14, I think, with about 30 hours on the clock. The voice acting is rubbish, and the UI could be better, but I'm really into this story and I'm really hooked on the tactical gameplay. I might have to come out of retirement and review this. We'll see.

Slow, steady progress. Kinda waiting for the moment when everyone figures out all the secrets. For a game set in a massive civil war, there's a surprising amount of wheel-spinning slice of life stuff, with short bursts of things actually getting serious. Good relaxing evening game for when I'm too tired to do much else.

Progress has slowed down a bit, but I'm chipping away at it. I finished Act III and I've dipped my toes into Act IV. The story segments are beginning to grate, since the antagonists are just eeeevil and the good guys are so good. There was some decent enough drama when Alm and Celica briefly interacted, but both protagonists are off on their own journies and all they do is spare each other a thought now and then. I think the story has forgotten that what we really want to see is these two characters together. Oh well, maybe it'll build up to something worth it.

Finished two endings (one of the character's standard/good ending). It does look like the endings branch off quite late in the story, since I can probably knock out the others without too much retreading. Plus now I can skip text of stuff I've already read, I'll probably be able to finish this one next month.

Spent less time on Picross. I usually try to finish a page of 15 puzzles in each game, plus whatever clip pieces I unlock. I didn't get as far as S4 this time, so it'll be first up next month. It's probably a good sign that more interesting stuff than Picross has come up.

The Xbox One copy for this was going really cheap, and now that the free next gen update is available, it seemed like a good time. I've enjoyed what I've played of it so far, though it's been a little over an hour. The world is set up well, and the hacking/shooting seem to complement each other. No performance issues noted yet, so it looks like they have solved a lot of the issues this game had at launch. It pays to be a patient gamer.

This is one I had my eye on for a while, and it was the first game I downloaded. I love the mix of different ancient cultures and their mythologies as you get sucked into this mysterious city and you're tasked with solving a mystery of who is about to commit a crime - in a place where the crime of one person will cause the deaths of all. The twist is that you can go through the time loop over and over again, learning more each time. And as you follow the threads of the mystery, they lead to more and more quests. I've put about 6 hours into this one so far and I'm curious to reach the heart of the mystery.

Only played a bit so far, initial impressions are good.

I started Conker's Bad Fur Day, which is full of that N64 jankiness I never used to notice. The collection overall seems quite impressive, and it also sync'd up my Xbox 360 progress from some of these games like Banjo and Perfect Dark, giving me some stamps without doing anything. The documentary videos on Rare are probably what interests me the most, so far.

Ys V (SNES) - I left this on some annoying platforming bit.

Dragon Quest XI S (Switch) - Keep meaning to finish this, but I'm never in the mood.