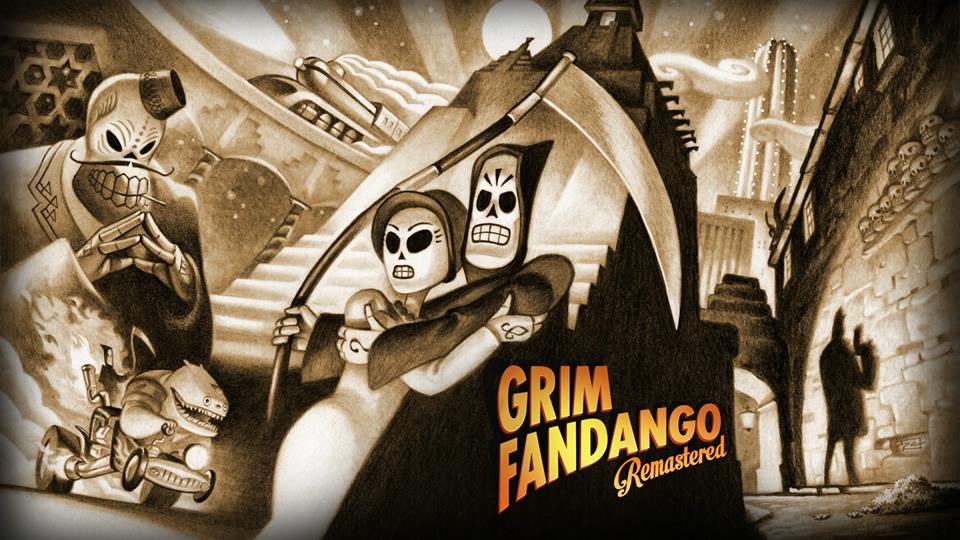 Im just going to say it. Grim Fandango is one of the best point and click adventure games ever made. This was true in 1998 when it first released and was mostly ignored because the genre was dying. This is even more true in 2015 when adventure games are back with a vengeance thanks to the many episodic adventure series by TellTale, and the many indie titles that try to capture that 90s adventure feel.

Grim Fandango is challenging and expansive in a way that many of todays adventure games are not. Grim Fandango even has that episodic feel  the narrative is split up into 4 years. The first year isn't doesn't really showcase just how good this game is, though. The puzzles don't have a real lot of logic, and usually just require you to go everywhere you can and try everything. There aren't many characters to talk to, either.

But year 2 lets you explore the port town of Rubecava, which is full of many different locations and interesting characters to talk to, and a lot of excellent puzzles.

The dialogue and characterisation in this game is amazing. Each person you encounter feels familiar - they're enough of an archetype so you can get a handle on them, but they've got enough depth that you believe they had a life before the ended up in the Land of the Dead. Carla the bored and flirty policewoman, for example, is just one of many minor characters that becomes memorable simply due to her interactions with Manny.

As a Remastered port, the visuals dont appear to have changed much. They might have cleaned it up a bit, but the borders on the sides of the screen really do remind you this is a 4:3 game. You can adjust the picture to widescreen, but all this does is make Manny fat.

One of the most difficult parts of Grim Fandango in 1998 was mastering the clunky tank mode control. Press up to move Manny forward with the left and right keys to change his direction. It could make the game inaccessible. Control is definitely not something you usually hear about with these sorts of games. But the ability to use a controller is something I've been wanting for a while.

I probably won't write a full review for this because it's not Wii Shovelware, and thus not what this site is about. But then again, I'm not sure how I would expand all this into a full review anyway.