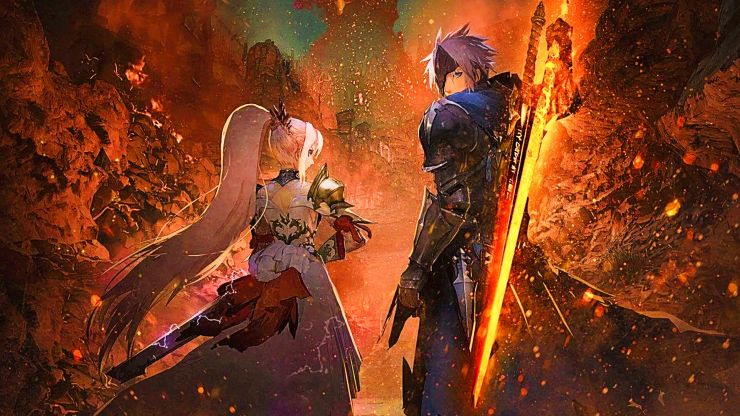 Tales of Arise (PS5) - Probably my current favorite game this year. Really enjoyed the combat. Seems to be a modified version of Berseria but I never played that one since I hated Zestiria so much. Found out earlier this year the former was apparently one of the best in the franchise (oops). Really prefer the bigger focus on using Artes without worrying about MP and creating combos to unleash flashy instant kill attacks. Game looks absolutely gorgeous on next gen. Story/characters are weak. Basically it's a pretty tropey anime-fantasy story but there's some really awkwardly executed messaging about racial equality. At one point the protagonist preaches about how one should be judged by their actions rather than their race. An admirable message, but it's a bit weird coming from a pretty anime boy who goes around swinging his big firesword. Fortunately the strong story presentation distracts you from the average story. It unfortunately stumbles at the finish line with an incredibly tedious final dungeon, but still a fantastic JRPG overall. It's pretty much the combat and quality graphics and presentation that makes this game. Put about 42 hours in with a lot of side content completed. When new releases die down, I definitely want to play Berseria now.


Kena: Bridge of Spirits (PS5) - Another fantastic release. Nice little Zelda-style game with gorgeous art direction and graphics. Toolset is fun to play around with and puzzles were done well without being too cryptic. Combat is also surprisingly deep with excellent boss fights. Biggest complaint is the healing mechanic is a bit awkward (sacrificing charges of your powers to use finite resources in the arena that weirdly don't heal for much) and I really wish it was a full price quality game. Took me about 13 hours with all collectibles. Only really the equivalent of 3 dungeons worth of story content in a Zelda game.


Mega Man X-X5 (PS4) - Played some of these while waiting for the new releases. X1 & X2 are probably the best action-platformers ever. X3 is kinda blah. Too many annoying enemies and they respawn too easily. A lot of the upgrades are too cryptic to find and constantly blocked by powers you won't have until late in the ideal boss order. The final boss is also absurdly frustrating. X4 is a better game and has some real fantastic presentation, but the levels feel pretty easy, short and weak compared to the SNES trilogy. X5 was terrible. Awful, tedious levels that seem to contradict the X series strength of speed and mobility. The boss fights were also incredibly underwhelming and/or awkward - they often feel like they belong in a ROM hack. A lot of poorly implemented experimental ideas like the time limit, boss levels and parts. I started X6 and it was somehow even worse.


The Medium (PS5) - Really nice atmosphere and presentation but not much else. Gameplay is essentially an extremely easy adventure game with some very easy stealth segments. It's worth experiencing once at least. I didn't find rendering two worlds simultaneously that impressive given neither the PS5 or Series X could handle more than 30fps. The PS5 port feels really lazy. There's a noticeable downgrade to lighting and it somehow loads much slower than the Series versions.


Tormented Souls (PS5) - A cool indie old-school survival horror game (it has fixed camera angles!). The atmosphere is great but it's clearly on a budget - only a few enemies or weapons. Only 1 true boss fight. The puzzles in this game suck unfortunately. They're all really cryptic and difficult. They feel like they belong in an old-school PC adventure game. Didn't have the patience for them personally. Worth checking out if you grew up with the genre.

Deathloop (PS5) - I'm kinda torn. I really like the core gameplay. It really reminds me of Dishonored 1 but an FPS. Big open environments, lots of ways to achieve objectives, really fun to mess around with powers. Not really digging the weird gameplay loop. You're basically replaying areas to find info on what targets do during the always repeating day so you can kill them in 1 loop. You also have to find currency and spend it to make any powers, weapons and accessories a permanent part of your loadout. I would have preferred a more traditional game I think. Also I dislike the save system - progress only gets saved when you leave an area thanks to the multiplayer component. In an age where crashes and softlocks exist, it's pretty possible to lose 30 minutes of progress (and I have!). Great art direction and characters though.

Need to buy and play at some point: