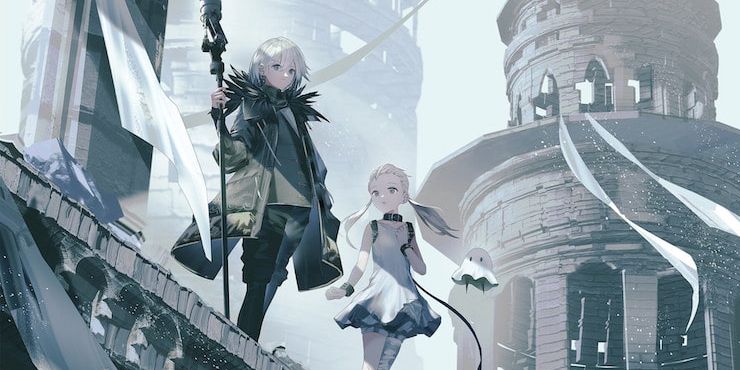 Biomutant (PS4) - Underrated game. I think you have to go in realizing this is not a big AAA game but one made by 20 people. That said, perhaps a massive open-world RPG was a bit ambitious for a new studio of such a small size. Basically feels like a mix of Fallout and Fable with extremely charming art direction. Combat is a fun but clunky mix of melee, gunplay and "spells." The game certainly feels janky at times and some features are underdeveloped (the morality system is somehow even more half-baked than Fable's). It is a lot of fun simply exploring, finding loot and crafting really powerful gear. That said, it has major balance issues. It doesn't take long before you're practically unkillable and firearms seem screwed up. Guns are the only attack rating that don't scale with any stat - they're forever static unless you upgrade or replace parts with higher level ones. As a result, guns are significantly OP in the early game and slowly become your weakest attack by the end game. Enemies scale to your level, so a firearm build essentially becomes worse the more you level up. I liked this game, but it's really hard to make it sound good.


Ys IX: Monstrum Nox (PS4) - I bought this on release day and never touched it for months. What a mistake! Fantastic action-RPG. Builds on the combat and gameplay from Ys VIII and enhances it with addition traversal mechanics like wall running, teleports, gliding. The environments are much bigger with more verticality. Aesthetically I wasn't the biggest fan of the 'spooky Halloween' character designs and you're stuck in the boring brown city Balduq for far too long. The OST absolutely slaps like most Ys games.


Ender Lilies: Quietus of the Knights (PS4) - I love Metroidvanias and everyone's gushing praise over this one. I honestly felt it's solid but a bit overrated. The game's 2D art is absolutely gorgeous, and it features solid combat involving using various spirits that make up melee and spell attacks. It's clearly going for a Hollow Knight or Salt and Sanctuary feel. Where this game falters is mediocre level design. A lot of samey, boxy rooms littered with the enemies repeated ad naseum to slow you down. Makes exploration exhausting at times. It's also trying to be Dark Souls-hard but it amounts to enemies hitting too hard a times while being tanky. It feels cheap too often. There is an XP system, so at least backtracking gets easier. The in-game map is also terrible in that it marks little and isn't true to the actual layout of the rooms. Makes backtracking for upgrades tedious. The game also has a weird obsession with obscuring your vision with unnecessary foreground. The music is pretty generic too. Story and lore are good though. It's not bad mechanically, but there are a lot of better designed titles in the genre.

Valkyria Chronicles Remastered (PS4) - This one just wasn't for me. Got to the first boss and could have easily beaten him in 1 more turn after 90 minutes of attempts; however, the AI simply wouldn't initiate the action that would render him vulnerable one more time. I got stuck in a loop where I could only watch my squad get whittled away by his invincible Valkyrie lady. I'm not the biggest strategy fan and the inability to skip or speed up animations was killing me. Battles just progressed at a snail's pace. Often the enemy AI will have 10-15 actions per turn and waste many of them moving in circles. A real shame because I was enjoying the story and "anime World War" art style.

NieR Re[in]carnation (iOS) - I don't typically like mobile or gacha games, but I felt the NieR series warranted a chance. The gameplay is nothing special. Basically a walking simulator peppered with largely automated turn-based battles except you tap some buttons to use your specials when a meter fills up. Or you can literally turn Auto on. The meat of the gameplay is outfitting and leveling up your party with items. And making gacha pulls. Like a lot of F2P games, fully powering characters and gear up requires a lot of grinding that's made easier by spending money. I will say though the game has been generous with being able to play for free. I seem to have a constant stream of free XP items and gems for pulls. I've already earned 80 pulls for free. I even pulled 2B - arguably the game's best character - twice. The main appeal is the story. It's really good so far and typical of Yoko Taro's work (meaning it's dark and depressing). It also has excellent music and art. The main campaign so far has been more than doable without having to spend money and hopefully it'll stay that way. Seems like it's more of the high-level content that's meant for whaling. A shame good art has to be tied to crappy business practices. Would have been a better, more balanced experienced as a retail release instead.

Blaster Master Zero 3 (PS4) - I've put about 2 hours in and I kinda regret buying it. The general consensus seems to be this is the worst of the 3, and I'm starting to see it. The level design has been weak and annoying on occasion. The few new gameplay mechanics/upgrades I've seen haven't been fun to use. Hope this gets better.