At the start of the year, before Jason remembered he hated me and I should review all of the things, I decided to have a run at some of the remaining titles left on Segas forgotten mistake. Ive put decent time into Virtua Racer, WWF Wrestlemania and Star Wars Arcade and Toughman Contest. Of those, I thought Id start with Toughman, which is a reasonably good boxing game, and then I had a little go on Motocross Championship. And it was bad. It was so bad. I knew I had to get it out of the way, so I wasted an evening beating the bloody thing and now I can go back to pretending it didnt exist.

The plan was to then do back-to-back Star Wars Arcade and then move on to the game it was obviously supposed to be, Shadow Squadron. But I got caught up in Squadron, which has no right to have aged as well as it has, so I guess Ill do that mess out of order.

I did put some time into one of the baseball games, but its a rubbish sport liked by rubbish people and any review I write for it is going to be tainted and ignorant. Still hoping someone will kindly take the remaining sports games.


Jason Venter: Im Reviewing All The Games, And So Shall You!

I bought a lot of this on myself. I asked for and received a copy of Eternal Castle, which is a real retro throwback; a cinematic platformer very akin to Another World that lobs you into an alien environment, tells you as little as it can get away with, and then chortles at you millions of deaths. Like the anniversary edition of AW, it soothes its yesteryear difficulty curve with a generous checkpoint system. It also displays avant garde VGA-inspired graphics meaning if you ignore the flawlessly smooth animation, it really could be a game ripped right from 1987. Slightly laggy and unresponsive controls are purposefully used, which means current era gamers will struggle. Ive very much enjoyed it. Even if, after completion, I still have little idea what happened in there. Review coming soon. Jason also showed up and gave me Toejam & Earl: Back in the Groove because Im the resident SEGA nerd, Im told. Its a solid game and is exactly what youd picture the first entry to be if it was updated -- its a cartoony rouge-like ironically embracing everything that was wrong with the 90s rad-wave, while referencing the confused platformer follow up as little as possible. He also shot me a beta copy of Sunless Skies, because I loved Sunless Seas, a game that perhaps spawned my most pretentious review that Marc Masters Golding has since labelled unreadable and commented  why can't you just say if a games good or bad, you gibbering nutcase. Ive yet to put any time into it.

Mainly because Jasons gone back through all his contacts and found that I was given a few games last year that got lost in the shuffle. So, Ive been putting time into Cult Simulator, a card resource game about surviving a cult also made by the Lovecraft-obsessed minds from Sunless Seas, The Hex, a game made from the makers of the brilliant Pony Island that I beat a while ago and recorded for reasons Ill ong forgotten, and Neko Navy, a scrolling shooter populated by MSPaint cats. This is my life now. Id also failed to review a really nice looking game called Plante Alpha, but thats because it played very jerkily on my PC, despite it having the right specs. That hasnt seemed to change, which is a shame; it looks a lot of fun. 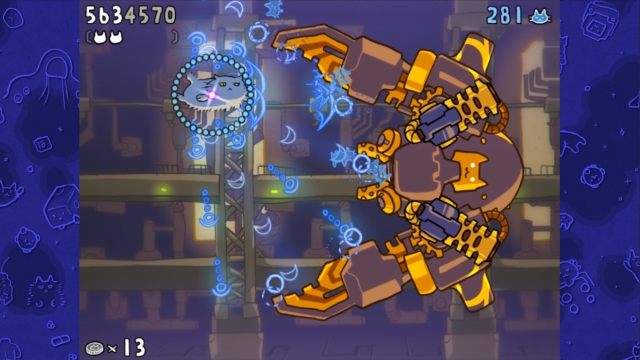 I also beat 1954 Alcatraz, an adventure game Ive abandoned several times and warned Point n Click squire-in-training, DE, away from several times. Its dull, ugly, uninteresting and overly easy. It sitting half finished annoyed me and now its done. I may try and write about it if I can slip the effort in between the Venter Rush. Time will tell. Steam tells me I have 24 hours on Burnout Paradise, a game I downloaded in a vain attempt to amuse my nephew when hes round here bothering me. It has been an alarming and amazing success. For the most part, I can just leave him to drive around the map where he switches from trying to ram everyone off the road or playing the game dead straight, sticking to speed limits and stopping at traffic lights. You know, the exact opposite way the games supposed to be played.

I keep play League of Legends because sometimes I decide that playing video games is actually quite a fun hobby and catch myself smiling. Then I play League and get stuck babysitting the worlds worst ADC in bot, or have to play Zed in mid lane again, and all the hate just comes flooding back.